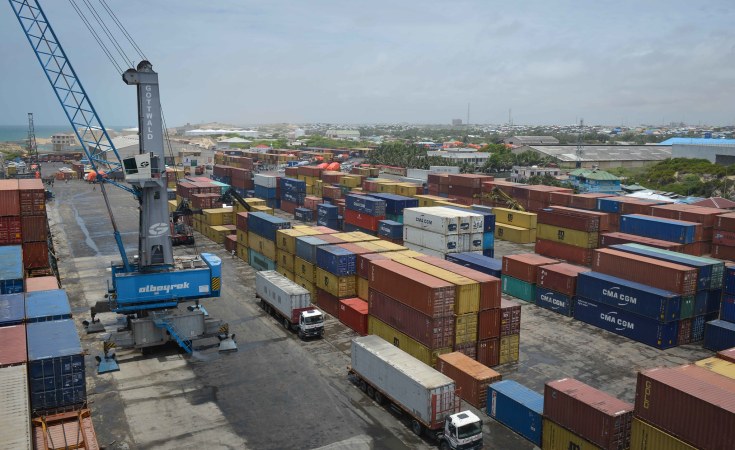 Tanzania and Burundi have signed multibillion-dollar infrastructure projects, with their sights on the huge Democratic Republic of Congo market.

The deals come at a time when DR Congo has inched closer to joining the East African Community, after the EAC technical committee okayed its bid. The Council of Ministers is expected to deliver its verdict in November in time for the Heads of State Summmit.

With the entry of Kinshasa in the bloc comes a treasure trove of minerals, wood products and agricultural produce, which all EAC partners have been eyeing. Congo, with a population of about 90 million people, provides a huge consumer market for which the EAC economies have been jostling.

While some of the goods have been passing through the port of Mombasa through the Northern Corridor, Tanzania's leader Samia Suluhu Hassan has accelerated Dodoma's pitch for the states in the Great Lakes region to use the Central Corridor for their imports and exports.

On Friday, President Samia hosted Burundi's Evariste Ndayishimiye, where the construction of roads and standard gauge railway lines to connect Tanzania and Burundi to DR Congo dominated the talks.

Landlocked Burundi heavily depends on the Dar es Salaam port and the Central Corridor for transporting its imports and exports and the new projects are meant to enhance efficiency and rope in the new kid on the bloc, Kinshasa.

At a press briefing in Dodoma after she hosted President Ndayishimiye, President Samia announced that their talks revolved around linking the two countries by constructing the 240km Uvinza-Msongati-Gitega railway line. At least 160km of the line will be on the Tanzania side.

"DRC has also expressed intention to join the project by constructing a railway line that will extend from Uvinza-Uvira-Burundi up to Kindu in DRC," said President Samia.

This line, when completed, will be useful in the transportation of minerals from both the DRC and Burundi to the Port of Dar es Salaam.

This will heavily tilt the scales in favour of Tanzania, against the other economies, and especially Kenya, which has recently been revitalising its ports in Mombasa, Lamu and Kisumu to avail itself of the expected trade boom.

"In January this year the three countries (Tanzania, Burundi and DRC) signed a memorandum of understanding and cooperation on this project," said President Samia, "to enable the transport goods, especially minerals -- including nickel from the famous Msongati in Burundi -- to the port of Dar es Salaam so that it can be shipped to the international market."

"Tanzania has already issued a licence to the Nickel Company to construct a mineral processing plant and also provide a market for Burundi to sell its nickel," she added.

She said the construction of the SGR lines linking Dar es Salaam,Tabora and Mwanza, and Tabora-Uviza-Dodoma is going on. Dodoma and Bujumbura are now seeking funding for the SGR project. The two presidents, earlier in July, during Samia's state visit to Burundi, directed their Finance ministers to explore ways of raising funds for the Uvinza-Msongati line.

"Experts from both countries have completed the evaluation process to enable the two countries to apply for a loan to fund the construction," the Tanzanian leader said.

President Ndayishimiye said his government is renovating the port in Bujumbura "that will see transportation of people and goods from Bujumbura to Kigoma, through to Zambia and DRC."

"This will reduce the cost of transport in the Great Lakes region," he noted.

"We have been unable to fully exploit our minerals, so we are seeking partnerships and expertise from Tanzania on how to expand this sector. The MoU on cooperation in this sector has already been signed," said Ndayishimiye. "Burundi will soon import coal from Tanzania to develop its steel industry."

President Ndayishimiye, who is on a three-day visit, received a hero's welcome in Dodoma. Upon his arrival at Chamwino State House mid-morning, he was accorded a 21-gun salute and inspected a guard of honour mounted by the Tanzanian military.

After the talks, which also featured trade and security, he laid a foundation stone at Nala in Dodoma's industrial area, where Burundian firm Itracom is building a $180 million fertiliser factory.

The plant, upon completion in August 2022, is expected to produce 600,000 tonnes per year to serve Tanzania's annual demand of between 400,000-500,000 tonnes and boost agricultural production.

Other key areas of cooperation discussed were Tanzania's National Backbone ICT Trunk connecting Burundi and the rest of the EAC, health services-- mostly on specialised facilities to combat Covid-19 and vaccination.