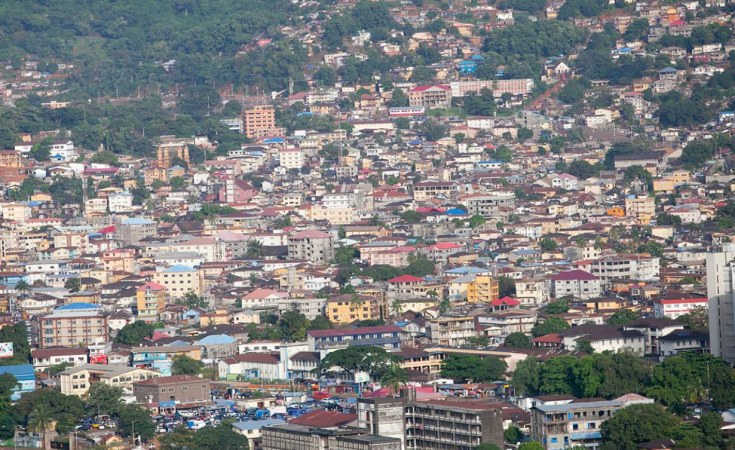 From floods to droughts to landslides, the West African nation has been battling the realities of climate change for more than a decade

Miami has one - so does Athens. Now Freetown has appointed Africa's first chief heat officer, a mother on a mission to shield her city and her kids from the chaos of climate change.

"Freetown is my home, I have my family here, so it will be an honour to see it develop into a safer, cooler place for my community," Eugenia Kargbo told the Thomson Reuters Foundation in a phone interview from the capital of Sierra Leone.

The 34-year-old was appointed this week to combat rising temperatures and come up with everyday ways to cool the sweltering streets of the city she has always called home.

She joins Jane Gilbert and Eleni Myrivili, women appointed this year to do the same mammoth job for their fast-heating homes of Miami and Athens.

Kargbo has big plans yet one simple goal - she wants her two children to be able to walk the city streets freely just as she did as a small girl, stepping out without fear of heat stroke.

"Climate change is a global issue, just like COVID, so we need to sound the alarm and fight this collectively because sooner or later it will affect us all," said Kargbo.

Kargbo is already steering a range of anti-heat initiatives, from tree planting to waste collection and awareness campaigns.

She has a year to make a difference; it is no small task for a city of 1.2 million that lost some thousand lives and millions of dollars in damage to a rainfall-triggered mudslide in 2017.

From floods to droughts to landslides, the West African nation has been battling the realities of climate change for more than a decade, with climate experts warning against the risks of extreme heat for the city's most vulnerable.

In the dry season, heat causes crop failure, water shortages and wildfires. In the wet season, it exacerbates water-borne diseases such as malaria, according to policy group the Climate and Development Knowledge Network.

Like her counterparts in the United States and Greece, Kargbo's role is part of the Adrienne Arsht-Rockefeller Foundation Resilience Center's strategy to provide a billion people with climate resilience solutions by 2030.

She is no stranger to big city jobs.

Kargbo has worked with the mayor since 2018 in various roles, be it tackling sanitation or creating employment.

She is also part of a #FreetownTheTreetown plan that has seen 300,000 trees planted city-wide since 2020, with 700,000 to go, all aimed at cooling the city and preventing landslides.

"So many people are scrambling for land as the city keeps expanding and deforestation increases," Kargbo said.

In her new year-long role, Kargbo hopes to expand her existing projects and collect a raft of new heat and housing data to help the city plot a strategy for the long term. "Climate change is on our doorstep and we are seeing it already impact farmers, food security and people's health and safety," said Kargbo.

"We need to innovate to reduce health impacts on the most vulnerable."