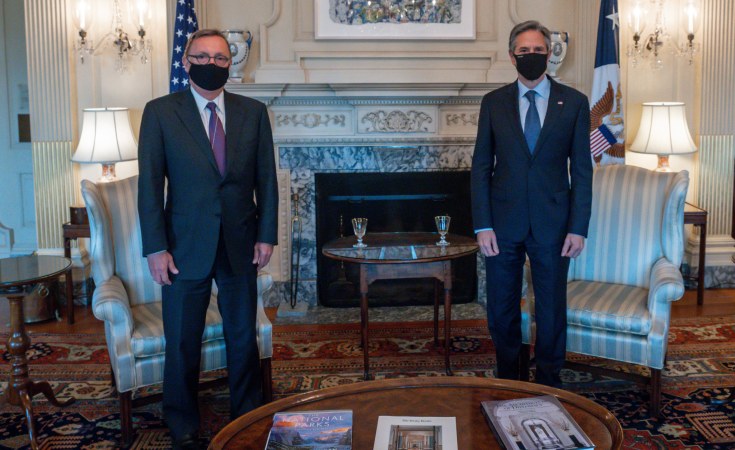 The United States strongly condemns the actions of the Sudanese military forces. We firmly reject the dissolution of the civilian-led transitional government and its associated institutions and call for their immediate restoration. The arrest of Prime Minister Hamdok and other civilian leaders is unacceptable. The military forces must ensure their safety and release them immediately. These actions have the potential to derail the country's transition to democracy and are a betrayal of Sudan's peaceful revolution.

The United States strongly supports the right of the Sudanese people to assemble peacefully in support of democracy. We are gravely concerned by reports that Sudanese security forces have used live ammunition against peaceful protesters. Security officials should immediately cease the use of violence against peaceful protesters. We also urge the restoration of Internet services.

These actions contravene Sudan's Constitutional Declaration and undermine the democratic aspirations of the Sudanese people who have repeatedly called for peace, justice, and liberty in their country. An immediate return to the principles of Sudan's peaceful revolution and the transitional framework laid out in the 2019 Constitutional Declaration and the 2020 Juba Peace Agreement is essential. Concerns about the uneven pace of the democratic transition do not justify abandoning this path.

As we have warned repeatedly, any changes by force to the transitional government put at risk U.S. assistance. In light of these developments, the United States is immediately pausing the delivery of $700 million in emergency Economic Support Funds to Sudan, which were intended to support the country's democratic transition, while we evaluate next steps.

The United States firmly supports the Sudanese people's demand for a civilian-led transition to democracy. We are working closely and on an urgent basis with our partners to chart a common diplomatic approach to address these actions and to prevent them from leading to further instability in Sudan and the region.

Previous Story
Tagged:
Copyright © 2021 United States Department of State. All rights reserved. Distributed by AllAfrica Global Media (allAfrica.com). To contact the copyright holder directly for corrections — or for permission to republish or make other authorized use of this material, click here.