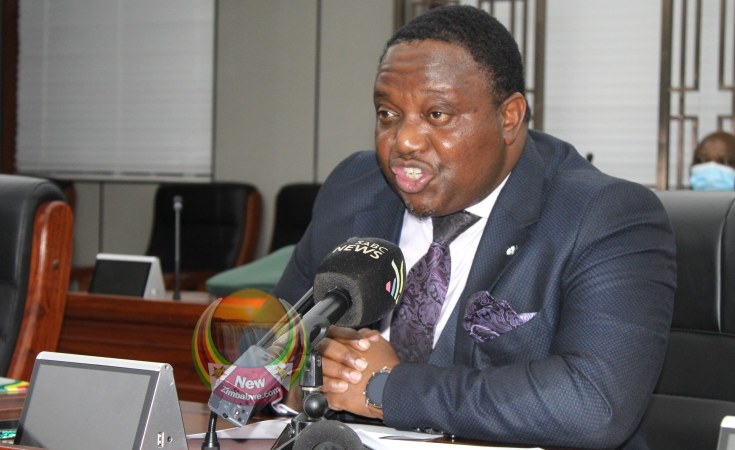 HOME AFFAIRS Minister Kazembe Kazembe has been implicated in massive tender scandal after a company he has interests in won a lucrative tender under suspicious circumstances, it has emerged.

The company, Learbridge Investments (Learbridge) was awarded the tender ahead of more reputable firms offering the service at lesser costs.

The tender, worth US$2,58 million, is for the supply and installation of a new and upgraded security system at the National Sports Stadium in Harare.

Even more curiously, documents seen by NewZimbabwe.com show, Learbridge's winning bid was inflated by a whooping US$258 000.

"The competing companies with a known capacity to run installations are Safeguard, Securico and Radio Solutions."

Although Learbridge sales executive Bernard Marerwa refused to comment on the company's ownership structure over the phone, a document purportedly released by the company on Monday appeared to confirm Kazembe as the owner.

"I cannot speak about that over the phone and we are yet to get communication that we will be the ones doing the job. This is a long process, and it is not definite," Marerwa said.

In the document, issued Monday, Learbridge does not refute Kazembe's interests, but claims he is a noble businessman who would not have closed his company upon joining politics.

"If KK is a shareholder was, he supposed to close the company when he joined politics? KK has always been known to be a successful businessman. Records show that he declared all his assets when he became an MP and when he became a minister. His assets are not a secret. Those who know him will tell you that he has always been a successful businessman. How many businesspeople are now eyeing political positions? So, if they become MPs or ministers should they close their businesses? Or should their businesses be discriminated from competing. For the record, Learbridge is standalone company, private one for that matter with its own management," the document reads.

"There was an assertion on social media sites and other publications that a company called Learbridge believed to be linked to Kazembe Kazembe has won a tender to renovate the National Sports Stadium. The assertions portrayed KK is a selfish corrupt politician who used his influence as Home Affairs Minister to win tenders. Learbridge is a big company that has been around for 20 years doing exactly the same business, that of CCTV, Access Control, Rapid Response, and electronic surveillance in general. This is a company that has done bigger tenders for the Gvt, Banks, UN, Delta, Econet, Since 2008," the document further reads.

"Learbridge has even done work for the Gvt for the past 20 years. Why were people not talking about it? In 2008 it won tenders to do Barclays Bank Zimbabwe country wide, CBZ countrywide, Econet countrywide. The company was formed in 2002. In 2012 it won the Suprema best distributor award for being the lead distributor in Southern Africa. Learbridge has been a super brand in electronic security for almost two decades. It has a solid track record."

The tender grant was confirmed in a letter to Learbridge by Sports ministry permanent secretary Thokozile Chitepo, dated 5 August 2021.

The ministry said it Learbridge a US$2 318 935,12 tender to "deliver, install and commission an Automated Turnstile System, Electronic Ticketing System, Venue Operation Control, Biometric Access Control and CCTV at the giant stadium".

This is despite the fact that five of the mentioned companies that submitted bids had bids that were lower than Learbridge's, with one more than US$1 million dollar less.

Chitepo refused to disclose details of the bidding process arguing that "internal proceedings are not disclosable".