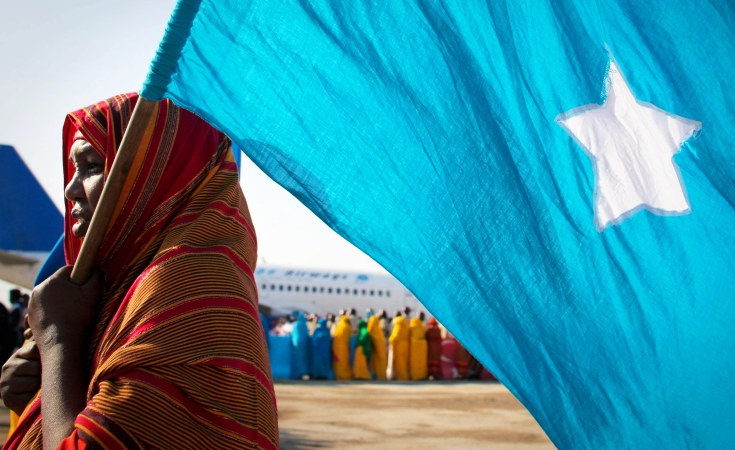 Somalia's new Senate will now have more women as the country searches for a proper policy to ensure gender equality.

With two more women elected to the Upper House (Senate) of Somalia's Federal Parliament on Thursday, their number has risen to 15. The House has 54 seats, meaning that women will occupy more than a quarter of them.

The boost comes after the parliament of Jubbaland state elected Ms Layla Nur Maah and Ms Maryam Farah Kadiye to the house.

Ms Maah, the first woman in Jubbaland to become a senator, expressed relief and pride in being chosen to join the Upper House and particularly thanked Jubbaland President Ahmed Mohamed Islam Madobe for giving five women a chance to compete for the state's last four seats.

"I have no words strong enough to thank President Ahmed Madobe for enlisting five women in this tough race for Senate seats," Ms Maah.

Galmudug will have to elect the final two slots, as it is allocated eight Senate seats. It had already elected six. However, it is expected that only male contenders will fight it out.

Back in August, when the parliament of Galmudug voted for six seats, four women competed among 12 contestants for the Upper House.

When two women were declared winners of senatorial seats, Ms Bilan Bile, a women's development activist in Mogadishu who monitored the polls, said the turn of events was a good sign for a conservative country.

"This is a superb achievement for women trying to penetrate the upper echelons of political decision-making in Somalia," she told the Nation then.

Three more women would be elected to the Senate by the delegates representing Somaliland in a vote conducted in Mogadishu. Somaliland, a region north of Somalia, declared its independence 30 years ago, though that is not recognised globally.

Women's participation in elections, though, is a result of a deal made earlier by stakeholders, with pressure from international partners to allocate at least a third of seats to women.

The achievement in the Senate so far shows the target is unmet. But Somalis still need to elect 175 members of the Lower House, meaning more chances for more women to be picked.

Thursday's achievement, nonetheless, means that 27 percent of seats in the Senate will be held by women.

Somalia's much-delayed elections got a boost last Sunday when Prime Minister Mohamed Hussein Roble declared that elections to the Lower House would start.

He indicated that delegates in Mogadishu representing Somaliland were ready to vote for 46 seats allocated for the northwestern regions, though the breakaway region says it is not part of Somalia.

"We have witnessed the brilliant way in which the delegates representing Somaliland elected their 11 senators (towards the end of September)," PM Roble said, expressing hopes elections for the Lower House would end equally smoothly.

"We have the necessary resources to conduct the election," PM Roble said, adding: "I go every night to bed praying that the election season will end devoid of disturbances."

Mohamed Hassan Irro, the chairman of the Federal Electoral Implementation Team (FEIT), also indicated that the election will start in the coming week.

Hussein Mohamed Farey, a political observer in Mogadishu, told the Nation on Friday that three incidents had hampered the electoral process in Somalia, absorbing the leaders and the attention of the population.

He pointed out the sudden and unexpected decision of Somaliland authorities to expel people with origins in southern Somalia from Las Anod, the capital of Sool region, and other parts of the self-declared republic.

He added that an entire nation was watching The Hague in the Netherlands for the verdict on the maritime boundary case involving Somalia and Kenya.

He also said the antagonism between President Mohamed Farmaajo and PM Roble, especially over their powers to sack or appoint officials, had a big impact on the elections.

The two leaders announced on Thursday that they had ironed out their differences, following a two-day mediation meeting in Mogadishu led by South West President Abdiaziz Laftagareen.