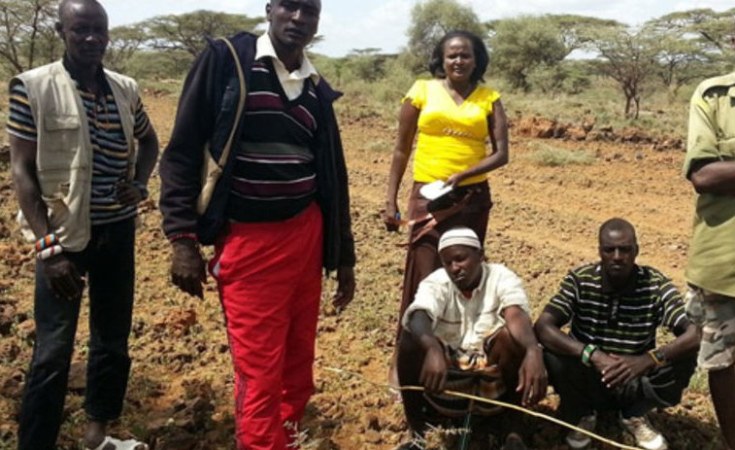 Josephine Ekiru from Ngaremara Ward works with the Northern Rangelands Trust as the peace coordinator. She has been instrumental in the region's peace building interventions, meant to end perennial conflicts between communities and ensure meaningful development is realised.

The conflicts are mostly caused by competition over resources including water, pasture and border disputes between neighbouring communities.

The USIP award recognises women who play crucial roles in ensuring peace in conflict-prone countries and regions, and whose contribution could be an inspiration for future female peace builders.

"Ms Ekiru's work to build peace in northern Kenya is a model for all of us," Nancy Lindborg, the honorary chair of the Women Building Peace Council said during the session.

Speaking to nation.africa, Ms Ekiru said her desire has always been seeing her community live in peace with their neighbours and not fighting each other.

"I am so happy. I never thought I would win such an award and be recognised for the peace efforts," she said.

The peace crusader said the award should encourage other women to champion for peace within their communities across the globe as it was a crucial ingredient for development.

Involving the community through the respective community conservancies, she said, was important in community engagement, problem solving and securing peace in Northern Kenya.

More than 80 peace ambassadors across the Northern and Coastal community conservancies last year, convened more than 100 meetings with an attendance of more than 10, 000 participants.

NRT CEO Tom Lalampaa, said the community conservancies had immensely contributed to peace building and stressed on the need for inclusive community consultations for effectiveness.

The organisation through USAid support, The Nature Conservancy, The Danish Embassy through Danida, Conservation International and the European Union has been working with county and national governments, elders, women and youths (Morans) to facilitate peace meetings.

"Our relationship with community conservancies creates a neutral platform to bring people together for dialogue offering alternative dispute resolution to violence. The groups of people that we work with act as peace crusaders," Mr Lalampaa said.