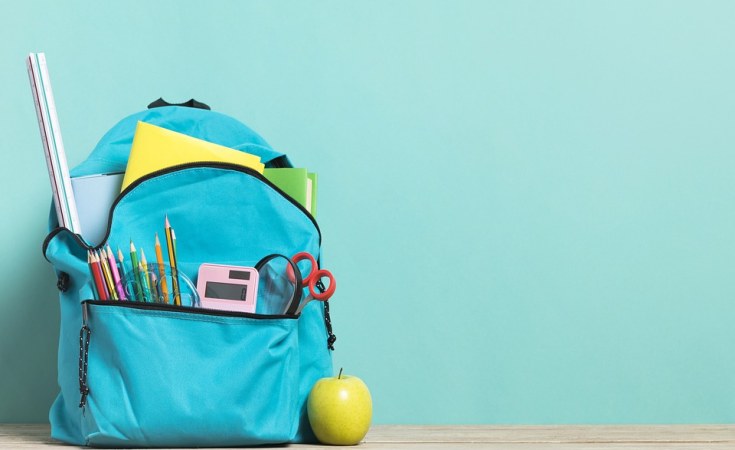 Since taking office, President Buhari's highest allocation to the education sector is 7.9 per cent of the total budget.

The allocation to education in the 2022 budget proposal shows President Muhammadu Buhari has taken small steps towards fulfilling his pledge to increase expenditure on education by 50 per cent between 2022 and 2023.

But despite the increase over last year's figures, the proposal, when measured as a percentage of the total spending plan, falls short of the United Nations Educational, Scientific and Cultural Organisation (UNESCO) benchmark of 15 to 20 per cent of the annual budget which the president recently committed to achieving.

Three months ago, at the 2021 edition of the global summit on education co-hosted in London by the United Kingdom's Prime Minister Boris Johnson and Kenyan President Uhuru Kenyatta, Mr Buhari committed to ensuring Nigeria meets the UNESCO international benchmark after years of failure.

At the summit late July, the Nigerian leader was among 19 heads of state and government who pledged to increase their education spending.

The global event saw Mr Buhari committing to increase Nigeria's annual domestic education expenditure by 50 per cent over the next two years and by 100 per cent by 2025, beyond the 20 per cent global benchmark.

Mr Buhari, who made the pledge in a document titled; "Heads of State Call to Action on Education Financing," said the effort would ensure that Nigeria's investment in the sector meets the globally accepted standard of 20 per cent of budgetary allocations.

In Mr Buhari's words: "I join my brother, His Excellency, Uhuru Kenyatta, President of the Republic of Kenya, to affirm our commitment to improving learning outcomes in our respective countries by ensuring equitable access to quality and inclusive education for all our citizens, with particular emphasis on the girl child.

"We fully endorse the call for more efficient use of resources and to significantly increase investment in education by strengthening institutions, promoting greater adoption of technology, building the capacities of our teachers, and mobilising additional financial resources through legal frameworks and deliberate intervention on a sustainable basis.

"In this regard, we commit to progressively increase our annual domestic education expenditure by 50 per cent over the next two years and up to 100 per cent by 2025 beyond the 20 per cent global benchmark. Let us, therefore, raise our hands in solidarity to build a more secure and prosperous future for our children."

A review of the 2022 budget proposal presented to the National Assembly by the president revealed that out of N16.39 trillion proposed for next year, N1.29 trillion, amounting to 7.9 per cent, was allocated to education.

The budget proposal has passed the second reading in the Senate.

Based on Mr Buhari's promise three months ago in the UK, a 50 per cent increase from this year's N742.5 billion would take the allocation to N1.11 trillion; an indication that next year's allocation to education (N1.29 trillion) increased by more than 50 per cent compared to last year's.

Though the president pushed this year's allocation a notch higher than he promised by giving N1.29 trillion to the education sector, the allocation is still less than 10 per cent of the annual budget, signalling failure in meeting the UNESCO recommendation.

Experts commended the president for the increase and keeping to his promise but insisted that anything short of the UNESCO benchmark remains insignificant in addressing the challenges of the education sector.

"For Nigerians to truly enjoy robust and quality education that will lead to national development, anything short of the UNESCO recommendation, as amplified in the Abidjan Principles, would not work", said Philip Jakpor, Director of Programmes, Corporate Accountability and Public Participation Africa (CAPPA).

Apart from his pledge in London, Mr Buhari, as a presidential candidate during the electioneering campaigns as far back as 2010, had committed to the UNESCO recommendation.

Though UNESCO clarified that the recommendation is for developing nations, Mr Buhari 11 years ago said he would commit 26 per cent of Nigeria's budget to education if elected.

As the presidential candidate of the defunct Congress for Progressive Change (CPC), Mr Buhari in October 2010 presented a paper tagged "Education Stakeholders in Free, Fair and Credible Elections: My Programme for the Rescue of Education," to the Joint Education Stakeholders Action Coalition (JESAC) in Abuja.

Mr Buhari had at the time quoted the purported 26 per cent UNESCO recommendation, promising to uphold it if elected.

"I can assure you that I will suggest a minimum of 26 per cent of the national budget in consonance with UNESCO's well-grounded recommendation, in consultation and co-operation with the National Assembly. This percentage I intend to graduate upwards with time and with results," Punch Newspaper quoted him as saying.

"I do not remember reading about any policy in Nigeria that enunciates strategies to meet up this United Nation's benchmark. Do you? Nigeria is grouped in the category of under-achievers regarding this index. Mark you, it has nothing to do with wealth, since some much poorer nations rank higher than Nigeria," Mr Buhari added.

However, since becoming president, his highest allocation to the education sector is 7.9 per cent of the budget, a far cry from the 15 to 20 per cent UNESCO recommended for nations like Nigeria.

In fact, in the last decade, the highest the sector has received was 10.7 per cent in 2015, which was proposed by former President Goodluck Jonathan in 2014.

It has been a downward trend in the past six years under President Buhari with the 2021 appropriation bill of 5.68 being the lowest.

Primarily, the 2022 funding proposal includes N875.93 billion for the Federal Ministry of Education and its agencies for their recurrent and capital expenditure; N108.10 billion for Universal Basic Education Commission as well as N306.00 billion for transfers to the Tertiary Education Trust Fund.

A further breakdown showed that N174.3 billion was allocated for capital expenditure for the ministry while N662.7 billion and N38.8 billion were earmarked for personnel and overhead costs, which sums up the recurrent expenditure.

While capital expenditures are monies spent on acquiring or maintaining fixed assets, such as land, buildings, and equipment, recurrent spending refers mainly to expenditure on operations, wages and salaries, purchases of goods and services, and current grants and subsidies.

Proposed capital expenditure increased in 2022 from the N127.3 billion dedicated to the same purpose in 2021.

Funding for UBEC, meant for coordinating education at the primary and junior secondary levels, also improved from the N77.6 billion appropriated in the outgoing year.

Experts attributed the increase in the UBEC funding to the pressure on the government to address the menace of out-of-school-children through initiatives like the social intervention programmes.

Meanwhile, the bulk of the education budget will go to the 28 parastatals under the education ministry as well as 43 federal universities, over 25 federal polytechnics, 21 federal colleges of education and 104 federal unity schools.

The national president of the Academic Staff Union of Universities (ASUU), Emmanuel Osodeke, said the sector is underfunded because the government does not see it as a priority.

"There is no change in the system; they still don't have education as a priority. If it was set as priority, the government would be willing to fund it but they can't make it a priority because their children are not even here," he said in a telephone interview with PREMIUM TIMES.

"We as Nigerians, not just ASUU, have to put pressure on this government to consider education as a priority just like saner countries do. For every sector in this country, you must pass through an educational system, at the primary, secondary or tertiary level.

"If our universities are working perfectly like other universities, a lot of people will be coming from other countries to Nigeria, coming with hard currency that can boost the system. But all you see now is that Nigeria students are moving out of the country, even to Ghana and Benin Republic," the don added.

The ASUU president also stressed the need for the government to fulfil any commitment made, saying; "The President was emphatic that in two years, there will be 50 per cent increase in the education budget but we see no seriousness or any attempt to implement that."