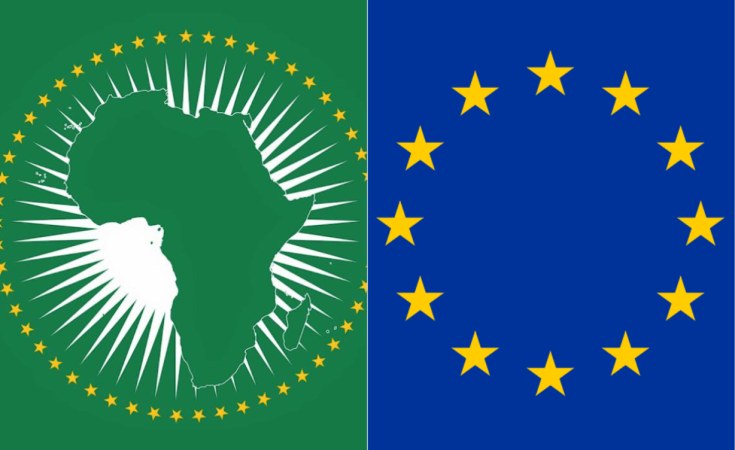 The Covid-19 pandemic has been a wake-up call. It has put the finger on what works and what doesn't work in today's interconnected and interdependent world.

For the most part, it has accelerated the need to make Africa and Europe's partnership fit for purpose.

These are some of the remarks highlighted during the just-concluded African Union and European Union ministerial meeting.

The summit, in its second edition convened over 500 participants including 68 foreign ministers, to among others mull ways of cementing Africa's and European partnerships.

A range of challenges were raised while on the other hand specific achievements were lauded.

Here are the five key take-away

1. Response to the pandemic

Response to the pandemic is one area where Africa and Europe need and have to do better together.

This is according to Josep Borrell, High Representative of the European Union for Foreign Affairs and Security.

While it has not been as global as wanted, Borell said that when the pandemic started, Europe was the first continent to put in place a mechanism to show its solidarity with the world, in particular with Africa.

"Putting in place the mechanisms to save our own people, we worked in parallel to make sure that this answer was global. It has not been as global as wanted. Our over 3 billion euros contribution to the COVAX facility, increased sharing of vaccines doses with African countries (maybe not as much as needed)," he said.

Borrell added that while implementation for the Union's engagement in vaccination rollout campaigns has been slower than expected some 100 million euros had been allocated for the vice.

Implementation has been slower than expected and the vaccination gap in Africa compared to Europe is significant. Too big the gap. So we need to do better - together - to close the gap. And we need to do it quickly; there is no question about it.

Rwanda could soon be home to one of the continent's premier manufacturing plant for mRNA-based vaccines, thanks to a memorandum of understanding signed with BioNTech on Tuesday, October 26 in Kigali.

Under the agreement, the multi-billion dollar facility will be based in the country's special economic zone, Gasabo District and is set to kick-start with a production capacity of 50 million vaccine doses.

"Rwanda is committed to working with the African Union, the European Union, BioNTech and other technology partners to make this a reality as quickly as possible," Minister of Health Dr Daniel Ngamije noted.

3. Building back, better and greener

By combining resources with expertise, and vice versa, Europe and Africa can become champions of global sustainable growth.

This global sustainable growth has two engines, according to Borrell. A transition to a green, circular and climate-neutral economy and digital transformation.

In a post-Covid world, priority should be promoting economic stimulus programs and mobilizing private and public investments with a high multiplier effect for economic recovery and job creation.

"Building back greener but also building back better by putting people at the center of our policies and actions by making women and young people fully part of the equation," he said.

According to Dr Vincent Biruta, the Minister for Foreign Affairs and International Cooperation, it is important that both Africa and Europe start thinking beyond short term imperative in order to address the medium to long term structural challenges which will ensure a stronger and more equal partnership.

The platform, he said, will lead to tangible steps that will significantly strengthen cooperation for the benefit of the people.

5. Call for peace and Sudan

During the press conference, both leaders expressed dismay over the current situation in Sudan, calling for the resumption of consultations between civilians and the military, with strict respect for human rights and release of all arrested political leaders.