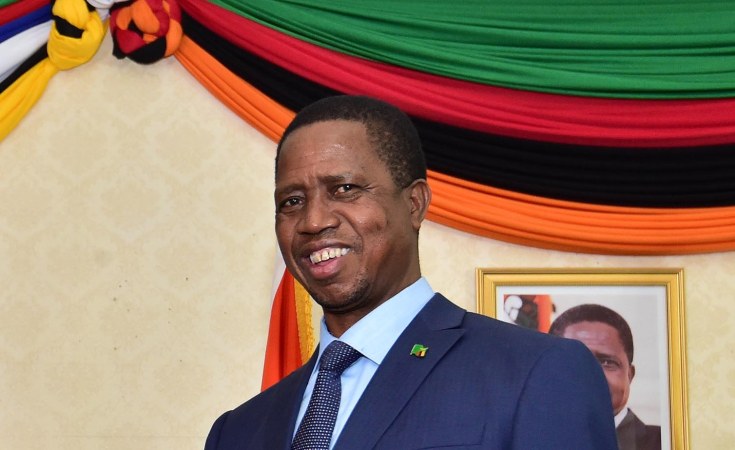 In the pursuit of ridding the continent of the remaining vestige of colonisation and apartheid and to safeguard the sovereignty and territorial integrity of member states, it is imperative to decolonise the mind of African people.

The African Union (AU) has been pushing for African solutions to African problems by tasking African leaders and former heads of states with responsibilities that require home grown solutions instead of outsourcing or copying and pasting the western template.

As a result, former president of the Republic of Zambia, Edgar Lungu has been selected as a suitable candidate for the position of the AU head of delegation of Election Observer Mission.

Political analysts from across Africa, have welcomed the move.

They argue that Lungu is better placed to observe and interpret the African political situation, especially pre, during and post-elections on the continent.

Lungu has been there and knows where and what to look for to get a consolidated report that can either discredit or endorse an election.

Africa has been infiltrated by imperialists under the guise of opposition political parties and Civil Society Organisations (CSOs), among others.

These groups came or were created under the facade of propagating democracy, human rights and assisting the marginalised communities with charity work and other donations, yet their main purpose was to smuggle back colonialism through the back door.

The appointment of Dr Lungu threatens whatever inroads the West and their proxies may think they had made toward Africa's re-colonisation.

Lungu is a Pan-Africanist who believes in African solutions, making him a sure candidate to propel the ideals of the AU.

This has received widespread criticism because he has suddenly become a stumbling block for the West.

This appointment is not unique as other former heads of state from the region and continental bodies have been appointed to hold decision making positions.

Former Mozambican president, Joaquim Alberto Chissano, was appointed to be the High Representative of the AU for Western Sahara to facilitate direct talks between the two member states, Morocco and Saharawi; while former South African President, Thabo Mbeki has recently been appointed Head of AU Election Observer Mission to the Republic of Kenya for their 2022 elections.

The ideals of Pan-Africanism and regional integration and cooperation should be fostered and that can only be possible if it's African solutions by Africans.

They are the ones who have the deep knowledge of circumstances in Africa.

This cannot be left as a prerogative of the West, its proxies and such organisations.

It is time that Africa believes in its own potential to tell its own story, not reports by the West whose interests are for their benefit.

Criticising the appointment of Lungu is a clear indication that those on the forefront are pushing the Western agenda in Africa.

In Zimbabwe, we have the MDC Alliance (MDC-A) led by Nelson Chamisa that is well known for their rendezvous with the West to adopt and propagate the western ideologies and agendas.

Lungu is a democratic former head of state who conceded defeat and handed over the reins of power to the current President of Zambia and leader of the UPND party, Hakainde Hichilema.

Such a democratic leader should be given an opportunity to participate as a Head of Election Observer Mission and impart his knowledge for the growth and development of African politics.

Stories to discredit Lungu's appointment have been perpetuated by the MDC-A claiming that Lungu was not a democratic leader.

Allegations that he switched off the internet in order to rig the Zambian elections that took place in August 2021, were cooked up.

Every head of state has a right to switch off the internet if it threatens the security of any nation.

Protecting the people is paramount under any circumstances. This does not qualify Lungu to be a dictator.

The political playing field was level.

No one was harassed, tortured and or killed during the pre, during and post July 31 2018 harmonised elections, except the stage-managed skirmishes by MDC-A supporters, which saw six people dead.

When former President Lungu deported Biti for illegally entering into his country, that action cannot be listed under war crimes.

Biti was a fugitive who had committed a crime and was deported to face his crimes back home.

If deporting fugitives from one's country is classified as being an accomplice to war crimes, shouldn't British Prime Minister Boris Johnson, be equally painted with the same brush.

He deported many of our brothers who had committed different offences, worse still they had already served time for their crimes, but still he deported them.

It becomes an issue if it is done by an African.

How colonised is the African mind, especially of the western puppets in our midst who choose to dance to the white man's tune, while scoffing at the appointment of one of their own.

Someone needs to advise the marionettes that the grass looks greener from afar until they get close and see its growing on sewer.

One good example of an African puppet who was used by the West after which he was disposed of was Jonas Savimbi.

The West has no free gifts and one day someone will have to pay and the invoice is huge.

To the West, puppets are always disposable once they have served their nefarious purpose.

Jamaican singer, the late Bob Marley, once told people to emancipate themselves from mental slavery and discover their worth.

If Africa is to discover its worth, it needs to believe in itself and the integrity of its organisations.