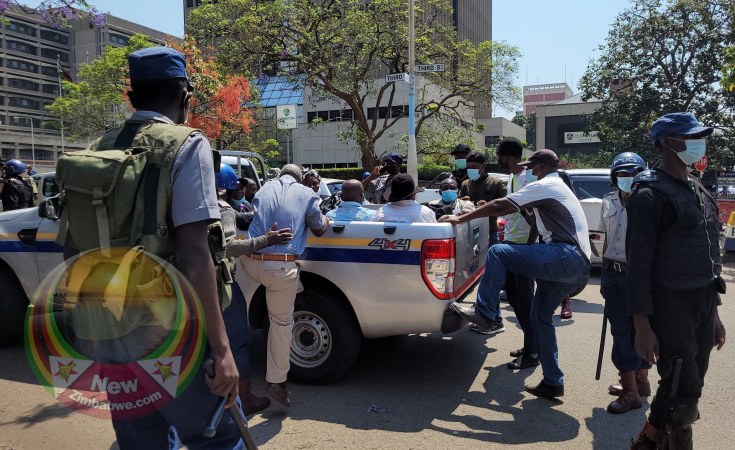 New Zimbabwe
About 30 war veterans were arrested during a demonstration in Harare.
263Chat (Harare)
By Elia Ntali

The Zimbabwe Lawyers for Human Rights (ZLHR) has written to police Commissioner-General Godwin Matanga demanding the immediate release of 40 war veterans who were arrested in Harare yesterday whilst protesting against poor pensions.

In a letter gleaned by 263Chat, ZLHR said they were shocked to hear that the arrested freedom fighters were transferred to different police stations in Harare.

"We attended to our clients while they were detained at Harare Central Police Station and we were advised that no charge had been preferred against our clients by that time. We were shocked to receive calls from our clients around 1300 hours advising that they were being transferred to other police stations for reasons which were not communicated to them.

"We have made follow ups to our clients and have confirmed that our clients are detained at Harare Central Police station, Rhodesville Police Station and Highlands Police Station. Sadly neither our clients not ourselves have been informed of the charges which has necessitated their detention. In the absence of a charge; we take the view that the detention of our clients is arbitrary and unlawful.

ZLHR added "In the result, we are instructed to demand as we hereby do, that you direct police officers under your command to immediately release our clients from custody filing which we shall approach the High Court on an urgent basis to secure the release of our clients. Our clients also reserve their rights to sue for unlawful arrest and detention."