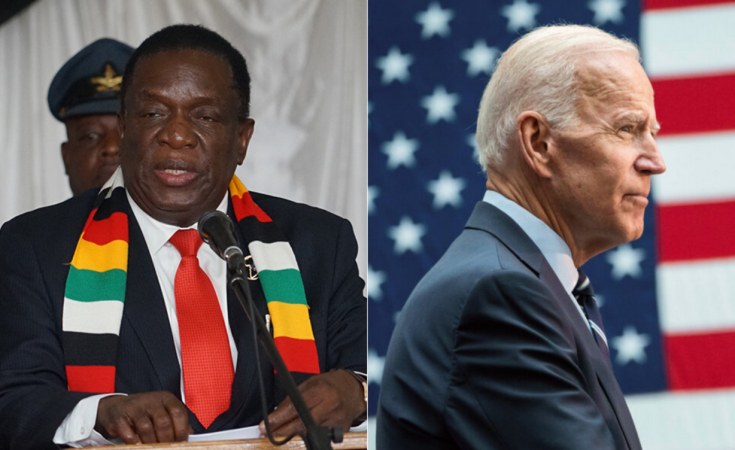 Harare — Pro-government Zimbabweans say sanctions imposed in 2003 and earlier by some Western nations, including the United States, because of election rigging and human rights abuses, are derailing the country economy's recovery. The sanctions are a divisive issue among Zimbabweans. The U.N. Special Rapporteur has been assessing the impact of sanctions.

Wengesai Imbayago, 38, is among those who have camped outside the U.S. Embassy in Harare in protests that have lasted nearly three years. He says he wants U.S. officials to take action now.

Imbayago says the protesters' aim is to leave the place outside the U.S. Embassy where they are camped out when the United States removes sanctions imposed on Zimbabwe. The sanctions, he says, have strained relations of the country with other countries worldwide.

The Labour, Economists and African Democrats of Zimbabwe, an opposition political party, was one of the organizations that were initially supporting the sanctions -- which targeted specific individuals and entities linked to the abuses. But now, its leader, Linda Tsungirirai Masarira, says sanctions are hurting ordinary Zimbabweans and must be removed.

"If indeed these sanctions were targeted, they missed the target. Because the 83 people they [the West] brag that they are on the sanctions list live a lavish lifestyle," she said. "They send their children to schools in the diaspora, they go to hospitals anywhere in the world. They have got private jets; they are not affected anyhow by these sanctions."

But not every Zimbabwean agrees. One of them is Pride Mkono an opposition activist.

"The issue of sanctions has been topical this week with the government calling for their removal," Mkono says. "But the reasons behind the sanctions are still in place, include violence, rigging elections, corruption and mismanagement of resources." Mkono argues as long as the reasons remain in place, the sanctions must not be removed and those on sanctions list must not travel to the West.

The United States, Britain, and the European Union, in statements this week, said Zimbabwe's economy was suffering not because of sanctions, but because of corruption and government mismanagement of the country's resources.

Still, Bishop Erick Ruwona, vice president of the Zimbabwe Council of Churches, the country's faith-based coalition, says it is time for sanctions to be removed.

"But we are also saying the issues that resulted in these sanctions being imposed must be addressed. All the issues being the human rights issues, our economy, our humanitarian situation," he said.

Alena Douhan, a U.N. Special Rapporteur, has spent two weeks in Zimbabwe assessing the impact of the sanctions.

President Emmerson Mnangagwa's government has led the calls for protests, alleging Zimbabwe is being punished for the land reform program under the late President Robert Mugabe, which displaced white commercial farmers.