Nigeria: World Polio Day 2021 - Delivering On a Promise of a Polio-Free World 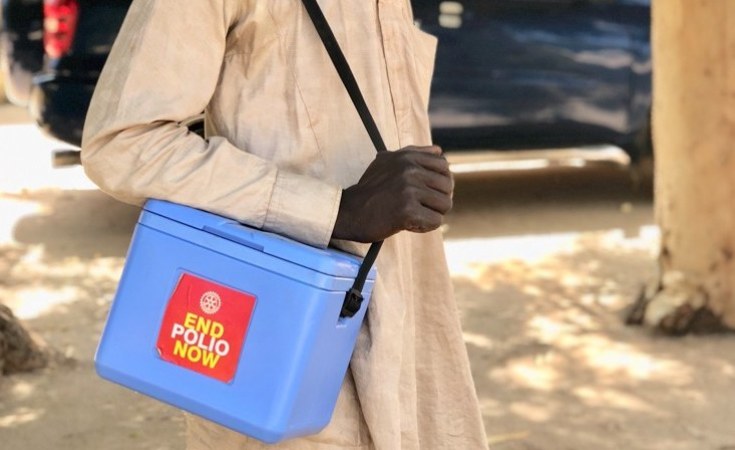 Nigeria Health Watch
One factor that ultimately got Nigeria to its polio free status is the aggressive vaccination of children under the age of five with the oral polio vaccine.
Nigeria Health Watch (Abuja)
Blog By Gabriel Oke and Onyinye Oranezi

All diseases are devastating but poliomyelitis (polio), a scourge that impacted many countries, was especially devastating as a result of its impact on the lives of its victims, which in the most severe cases led to life-threatening paralysis and death.

Though it could affect people of any age, polio mainly affected children under the age of five. As a result of life saving preventative measures such as the polio vaccine, dedicated health care professionals and other equally important contributions that led to the eradication of polio in most countries, the annual number of wild poliovirus cases has declined by more than 99.9% worldwide, but the effect it had on the world cannot be forgotten in a hurry.

World Polio Day was founded by Rotary International to commemorate the birth of Jonas Salk, who was a firm believer in the fact that "Hope lies in dreams, in imagination and in the courage of those who dare to make dreams into reality" and the man responsible for leading the team that created the polio vaccine. The day allows advocates and people concerned about polio to highlight global efforts towards a polio-free world and celebrate those who have fought relentlessly to eradicate polio globally.

Poliovirus is highly contagious and is passed primarily through contact with faecal matter or less frequently through shared contaminated water or food. The virus multiplies in the intestine before invading the neurological system to cause paralysis. Polio has no cure and the only way to prevent the spread of the virus is through vaccination.

Nigeria was declared wild poliovirus type I free on August 18, 2020, after the country's documentation for wild polio virus-free status was accepted by the Africa Regional Certification Commission for polio eradication, making the country the last on the continent to be wild polio-free. This announcement came after three successive years of zero wild poliovirus cases in the country.

What has worked in polio eradication in Nigeria

The process of eradicating polio in Nigeria was no mean feat as until recently, Nigeria recorded more than half of all of the polio cases world-wide. The Nigeria Polio Eradication team worked tirelessly for almost two decades to achieve wild poliovirus free status. This was done through tremendous logistical, technical and financial support from multilateral organisations, philanthrophic foundations and civil society organisations who supported the government in setting up surveillance systems as well as ensuring that polio vaccination programmes stayed on track, reaching children in even the most remote communities. A key element in the country's eventual success was government ownership and engagement. Political leaders played a visible and active role in publicising polio campaigns. The government showed their commitment through domestic financial contributions. State governors signed an agreement to provide leadership and community leaders further championed and amplified the polio eradication campaign in their respective communities.

According to Professor Marycelin Baba, Director of the World Health Organisation (WHO) National Polio Laboratory based in the University of Maiduguri Teaching Hospital, "Good laboratory network has served as a compass that directs the polio eradication programs in Nigeria and provides timely and virological information that guides and directs the polio eradication program. The declaration of a wild polio-free Nigeria was announced by the laboratory after all the samples from children, contacts, and communities were tested."

The laboratory systems that were set up, the expertise developed in existing polio personnel and the Emergency Operations Centres (EOCs), a model first introduced to Nigeria by the polio programme, proved to be very valuable as they were leveraged upon to coordinate an effective COVID-19 response in Nigeria.

How do we keep our communities polio free

The polio vaccine, when administered multiple times, almost always protects a child for life. When a community is fully inoculated against polio it is immune from both wild and vaccine-derived viruses. If polio vaccinations are fully embraced and there are no interruptions in vaccine programmes, our communities will remain safe from polio. The African continent is now affected by the vaccine derived subtypes of the virus since the interrupted transmission of wild poliovirus. High-quality immunisation campaigns are effective strategies to contain possible outbreaks.

The journey to 'zero polio'

Polio remains endemic in countries like Afghanistan and Pakistan. Until the poliovirus transmission is interrupted in these countries, all countries remain at risk of importation of polio, especially vulnerable countries with weak public health and immunisation services and travel or trade links to endemic countries.

In a joint statement commemorating the 2021 World Polio Day, the WHO, UNICEF and ROTARY, reaffirmed their commitment to continue delivering on their promise of a polio-free world for current and future generations. In June of 2021, the Global Polio Eradication Initiative (GPEI) launched the Polio Eradication Strategy 2022-2026 with the aim of interrupting wild poliovirus type 1 transmission in Afghanistan and Pakistan, and stopping outbreaks of circulating vaccine-derived polioviruses (cVDPVs), which can occur in under- or unimmunised communities. The 5-year strategy elevates efforts in the highest-risk countries and promotes health service integration, surveillance improvement, and community engagement to enhance campaign quality.

The journey to "Zero polio" around the world has begun and will only be successful if there is political will and dedicated resources to ensure rigorous immunisation to increase population immunity. Nigeria has recorded a great achievement in the polio eradication campaign, however, the country is still affected by circulating vaccine-derived poliovirus type 2. These are strains of the disease that have mutated from current vaccines used to fight it. We must therefore be deliberate about building on past achievements and work to make sure that all stakeholders, at federal, state and community level come together to ensure that no Nigerian child dies of vaccine preventable diseases.

Tagged:
Copyright © 2021 Nigeria Health Watch. All rights reserved. Distributed by AllAfrica Global Media (allAfrica.com). To contact the copyright holder directly for corrections — or for permission to republish or make other authorized use of this material, click here.