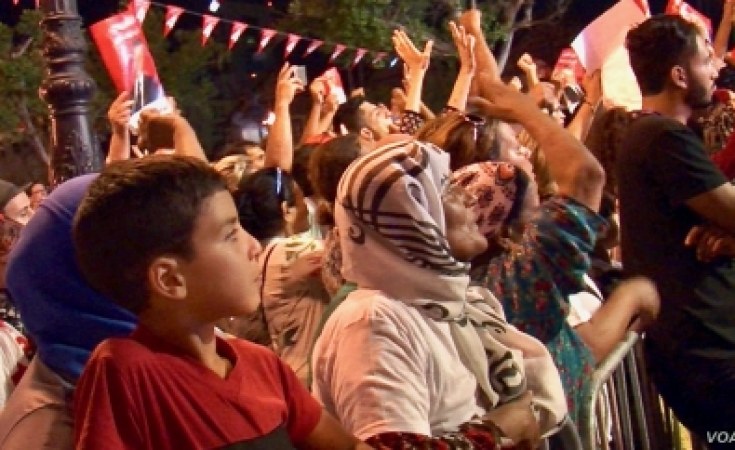 The television station is owned by Nabil Karoui -- a political rival of Tunisian President Kais Saied -- who is currently in detention in Algeria.

Both media outlets were operating without a license, the media regulator said, though both had been without one for years.

Information as an instrument of influence

Media watchdogs had complained Nessma TV and Quran Kareem were tools of political influence, even before Saied came to power.

"Nessma is owned by a leader in the Heart of Tunisia party, which was reflected in its contents, which violated the principles of freedom of audiovisual communication," HAICA said.

HAICA said it had seized "broadcasting equipment" from Nessma TV.

In addition to Nabil Karoui, former Italian Prime Minister Silvio Berlusconi is a part-owner of Nessma. Quran Kareem is owned by Said Jaziri, a member of parliament from the Errahma party.

Nabil Karoui was arrested in Algeria in early September with his brother, Ghazi Karoui, for illegal entry.

A presidential candidate in 2019, Karoui is the leader of the Heart of Tunisia party, aligned with the Islamist-inspired Ennahdha. His political platform focused on anti-Islamism and the fight against poverty.

Since 2017 Tunisia has prosecuted Nabil Karoui for money laundering and tax evasion. In 2019 he was imprisoned for more than a month and subsequently remanded in custody from December 2020 until June of 2021.

Critics of the president now see the move to close both outlets as a threat to press freedom in Tunisia.

President Kais Saied consolidated power in what critics charge was a coup on July 25 and then suspended parliament. He gave himself broad powers and began arresting and imposing travel bans on judges, lawmakers and businessmen in what he termed an anti-corruption purge.

Saied enjoys broad support in Tunisia though due to years of poor governance, corruption, mismanagement of the economy, and political gridlock. A deadly surge in COVID-19 cases has aggravated the situation.

Since the Arab Spring in 2011, Tunisia had moved towards democracy.