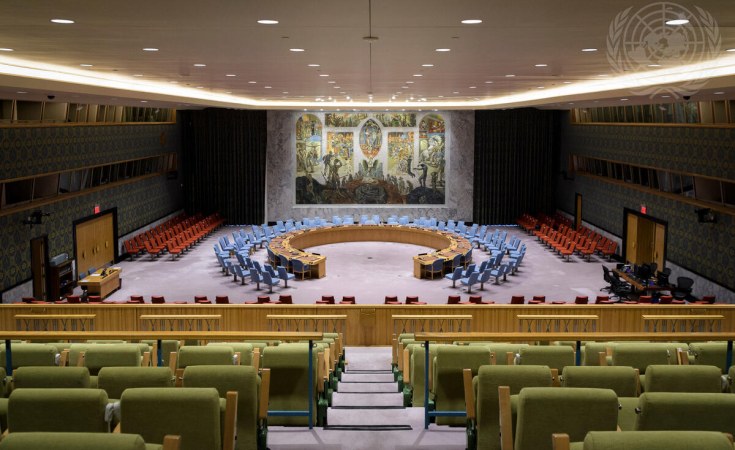 The UN Security Council expressed "serious concern" over Monday's power grab, urging the military to step aside. Russia and China were both influential in the watering down of the text, according to reports.

In a statement, agreed by consensus, the 15-member Council called on all parties to exercise maximum restraint. The Council also called for the immediate release of all those who have been detained by the military and urged "all stakeholders to engage in dialogue without pre-conditions."

The international peace and security body expressed "serious concern" regarding Monday's power grab by the military in the poverty-stricken African nation, which has enjoyed only rare periods of democracy since gaining independence in 1956.

The British-drafted statement comes after laborious talks, which have been ongoing since Tuesday, among Security Council members. The wording of the text was somewhat diluted after pressure from Russia.

The statement expresses concern over the "suspension of some transitional institutions, the declaration of a state of emergency" and the detention of Prime Minister Abdalla Hamdok.

Hamdok was taken on Monday by the military and is now under guard at his home. Previously, he had been held at the residence of General Abdel-Fattah Burhan, the man who led the military coup. Other ministers, however, remain under full military arrest.

According to the AFP news agency, one diplomat said China insisted upon including Hamdok's return to his home in the carefully worded text. The UN, however, maintains he is still denied his freedom.

The discussions among the Security Council members came against a backdrop of a renewed struggle between Western nations and Russia for influence in Sudan.

A first draft statement floated early this week condemned the coup "in the strongest terms," but this terminology was eventually dropped.

In the version that was ultimately adopted, the council "called upon all parties to exercise the utmost restraint, refrain from the use of violence and emphasized the importance of full respect for human rights, including the right to peaceful assembly and freedom of expression."

"Our message to Sudan's military authorities is overwhelming and clear: the Sudanese people must be allowed to protest peacefully and the civilian-led transitional government must be restored," Biden said in a statement.

The president described the events of recent days as "a grave setback" for Sudan.

"I urge Sudan's military leaders to immediately release all those detained and restore the institutions associated with the transitional government," he added.

Clashes break out after coup

In the wake of Monday's coup, clashes have broken out between soldiers and protesting civilians.

Several people have been killed, with well over 100 injured, according to Sudan's Health Ministry.