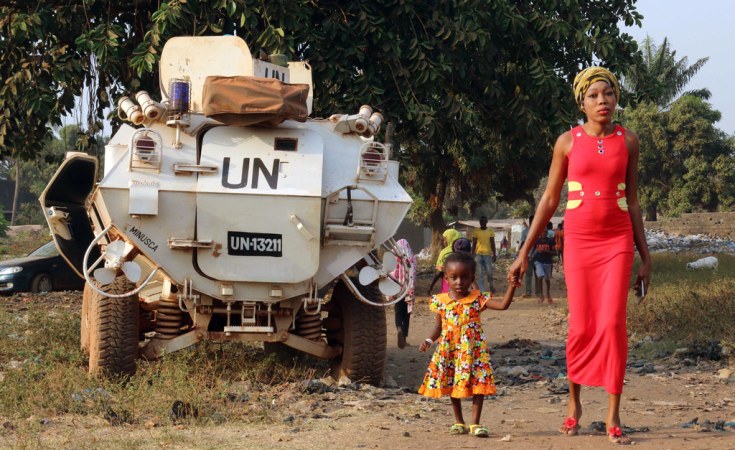 "We are extremely concerned about intimidation and recent reports of violent harassment by private military and security contractors against individuals and communities," the experts said.

The Russian instructors operating as military and security personnel work closely with the CAR army (FACA) and police, and engage in the arrest and detention of individuals. That means victims often have no access to justice. They simply don't dare lodge official complaints, so impunity for abuses continues for all perpetrators – FACA as well as military and security officers working for the Wagner group.

Earlier this month, a Special Commission of Inquiry set up by the CAR government to shed light on violence in the country determined that human rights and international humanitarian law violations have been committed, including by "Russian instructors."

The UN experts also raised concerns earlier this year that many forces, including the Wagner Group, are committing systemic and grave human rights and international humanitarian law violations, including arbitrary detention, torture, disappearances and summary execution, a pattern that continues unabated and unpunished.

The experts also received reports that Wagner Group officers have committed rape and sexual violence against women, men, and young girls in the many parts of the country. It is not clear how many people have been victims of sexual violence because survivors are terrified to bring their cases to justice for fear of retaliation.

"Being denied access to justice and to remedies is a sign of the impunity prevailing in the country," they said.

"We call on the CAR government to end all relationships with private military and security personnel, particularly the Wagner Group," the experts said. "We urge the authorities to comply with their obligations under international law to hold accountable all perpetrators of grave violations and abuses of human rights and international humanitarian law committed on their territory. They must ensure unhindered access to justice and redress to all victims of violations, including abuses committed by Russian private military and security personnel."

The experts have also conveyed their concerns about these allegations directly to the Government of the Central African Republic.

The Working Groups and Special Rapporteurs are part of what is known as the Special Procedures of the Human Rights Council. Special Procedures, the largest body of independent experts in the UN Human Rights system, is the general name of the Council's independent fact-finding and monitoring mechanisms that address either specific country situations or thematic issues in all parts of the world. Special Procedures' experts work on a voluntary basis; they are not UN staff and do not receive a salary for their work. They are independent from any government or organization and serve in their individual capacity.