Sudan: "This Is Not a Coup" - Democracy's Path to Victory in Sudan 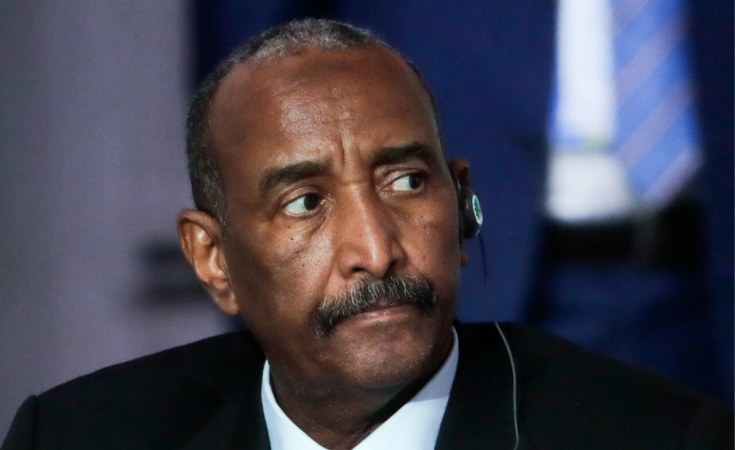 Today, Saturday 30 October, Sudan is witnessing mass-demonstrations. Pro-democracy protestors are marching against a military coup led by commander of the Sudanese Armed Forces, General Abdel Fattah al-Burhan, on 25 October. More than a million people may march across Sudan to correct the democratic transition. Al-Burhan is likely to use overwhelming violence to crush the protest movement. The demonstrators' short-term path to victory, reversing the coup, will not be easy. Yet the protestors playbook should be informed by recent Sudanese history.

In an interview with a diplomat familiar with conversations on 29 October 2021, Khartoum he said that from his house-arrest, Prime Minister Abdallah Hamdok has told diplomats that he hopes the military can reset the transition to 24 October.[1]It would mean Hamdok and Burhan returning to their positions and a largely in-tact cabinet. That would mean a return to a tenuous power-sharing agreement between civilians and the armed forces. However, protestors believe that al-Burhan's actions are irreversible and a partnership is impossible.

No matter the political course, the democracy movement's path to victory lies in targeting al-Burhan's vulnerabilities. The godfather of non-violent protest movements, Gene Sharp, wrote that "all dictatorships have weaknesses ... types of struggle that target the dictatorship's identifiable weaknesses have greater chance of success than those that seek to fight the dictatorship where it is clearly strongest".[2]

What are al-Burhan weaknesses?

First, al-Burhan relies on the command and control of soldiers. One key to the success of the 2019 protests that ousted former Sudanese leader Omar al-Bashir was the 6 April demonstrations that called on the military to abandon their commander. The protest struck at the core of al-Bashir's pillar of support--his command and control. Leaders inside the military refused orders to carry out massacres and instead sided with protestors. During the 2019 sit-in, low- and mid-level soldiers were honoured. Troops played the saxophone during the protests.[3]Murals of soldiers depicting them as saviours of the revolution were painted across the country. Al-Burhan has the same Achilles heel as al-Bashir. The huge number of soldiers that are in the armed forces are as much a liability to al-Burhan as they are a benefit. The soldiers may side with protestors again if conditions are correct.

Al-Burhan's second weakness are the factions inside the security forces. The 2012 attempted coup against al-Bashir showed how a cabal of soldiers would abandon their leader when they calculated it was in their professional and personal interest. Today, diplomats believe that there is a rift between mid-level officials in the Sudanese Armed Forces (SAF) and the commander of the Rapid Support Forces (RSF), Mohamed Hamdan Dalgo "Hemeti". If soldiers from the RSF are seen to carry out most of the violence against protestors, it might cause troops from the SAF to abandon their leadership and side with protestors.

Al-Burhan's third weakness is a reliance on the "coup quartet": Egypt, Saudi Arabia, the United Arab Emirates and Russia are all believed to be supporters of al-Burhan's takeover. However these nations have abandoned partners when they appear untenable. During the 2019 revolution, Egypt, Saudi Arabia and the UAE reportedly gave the green-light to the Sudanese security forces to remove al-Bashir. And al-Burhan has chosen to rely on these nations for political and financial support. However, the quartet cannot replace the tens-of-billions of dollars in assistance from Western nations that has been paused. Soldiers will soon see higher bread prices, their purchasing power diminishing, and exile from the population. The quartet may soon find they have backed a loser and again support a change in military leadership.

How can protestors capitalise on al-Burhan's weaknesses?

Remain non-violent. The use of violence against non-violent protestors can backfire against a government, what Sharp called "political jiujitsu". "The stark brutality of the regime against the clearly nonviolent action politically rebounds against the dictator's position, causing dissension in their own ranks as well as fomenting support for the resisters among the general population."[4]

Sharp's theory means that al-Burhan's likely use of brutality in the face of non-violence may prove his downfall. Similar to the 2019 protests, soldiers may not carry out orders and instead side with demonstrators. Continued marches would show to the coup quartet that al-Burhan is not politically viable. A repeat of the 2019 counter-coup from within the armed forces may not be demonstrators' ideal scenario, but it gives them the best chance to learn from the mistakes of the transition and see democracy.

“This Is Not a Coup” is a daily update from Sudan that gives perspective on the country’s military takeover. The author is anonymous to protect their identity . The title is a reference to the 26 October speech of General Abdel Fatah al-Burhan.

[2] Gene Sharp, From Dictatorship to Democracy, Committee for the Restoration of Democracy in Burma, 1993.

Previous Story
Three Takeaways From Historic Protests
Next Story
Sudan's Coup Wasn't a Failure of U.S. Diplomacy. It was the Dawn of a New Era in Africa.

Sudan's Coup Wasn't a Failure of U.S. Diplomacy. It was the Dawn of a New Era in Africa.