Swaziland: End of the Road for Africa's Last Absolute Monarch? 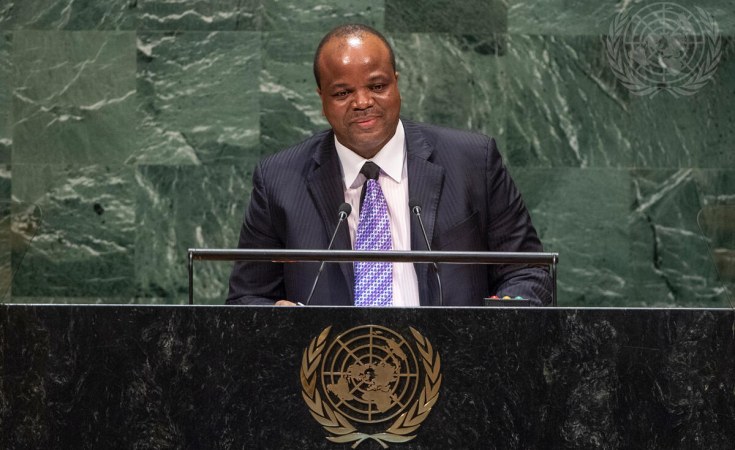 However, Legalbrief reports that activists do not believe the government's offer of talks is genuine. They accuse King Mswati III of living a lavish life while ruling over one of the poorest countries in the world, where nearly two-thirds of its 1.1m population live in poverty and a quarter of adults have HIV.

Protests erupted in May after a law student's bloodied body was found dumped in the bush. Fellow students blamed police for the killing, and began staging protests demanding direct elections. Teachers, unions and truckers have joined in the protests, which were violently dispersed in June.

But new demonstrations have rumbled on. Amnesty International says at least 80 people have been killed by security forces since May, while more than 1 000 have been arrested, including two MPs who are still in jail.

According to the government, the death toll in connection with the protests stands at 37. Officials have also accused demonstrators of causing damage and economic losses estimated at more than $68m as people have not been able to go to work and businesses were forced to shut. Amnesty International statement

Mswati, who succeeded his revered father Sobhuza II in 1986, has been accused of draining public coffers. The Citizen reports that the 53-year-old monarch's annual salary, paid by the government, was last reported at around $60m.

He holds stakes in eSwatini's main companies – including one of Africa's largest sugar producers – and caused uproar in 2019 for allegedly gifting Rolls Royces and BMWs to his 15 wives.

The Covid-19 pandemic was the final straw, says Wandile Dlulu, secretary-general of the banned main opposition party Pudemo. '(People) can't elect a government of their choice, they pay tax but they can't hold (it) accountable', he told AFP. Full report in The Citizen

A report on the News24 site notes that Masuku bristled at the notion that eSwatini is not a democracy because it holds elections and has a Parliament. However, political parties are banned, and elections take place in a convoluted system that ensures King Mswati III faces no meaningful dissent.

The #NotInMyNameMovement is calling for the eSwatini High Commission in Pretoria to be shut down in the wake of pro-democracy protests.

'We are saying the Government of South Africa must close this commission until eSwatini has dealt with the issues that are happening there,' said the group's founder, Siyabulela Jentile.

EWN reports that a SADC envoy has been sent to meet King Mswati III, but the situation remains tense. The monarch has announced that 'a process of national dialogue ... will be initiated' after an annual ritual ceremony that starts next week. A senior aide of the king said he wanted calm, and 'an end to all violence as no dialogue can happen while tempers are this high'. Full report on the EWN site

Tagged:
Copyright © 2021 Legalbrief. All rights reserved. Distributed by AllAfrica Global Media (allAfrica.com). To contact the copyright holder directly for corrections — or for permission to republish or make other authorized use of this material, click here.