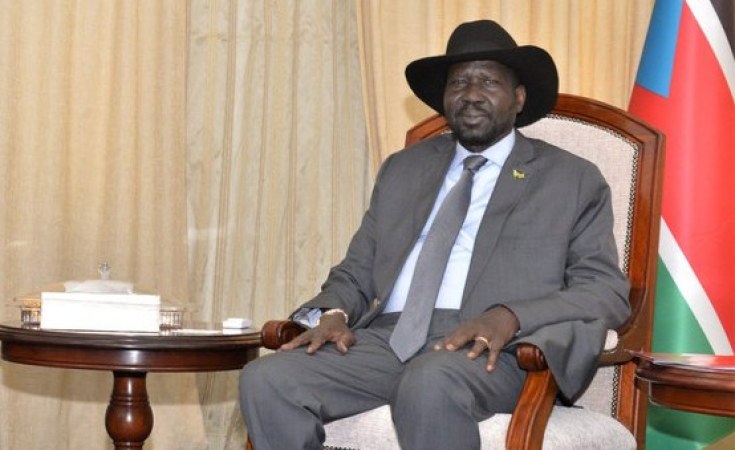 Juba — The son of late South Sudanese revolution leader John Garang met President Salva Kiir on Monday, in what was perceived as a reconciliation gesture.

However, before and after the meeting, the two camps shared conflicting statements, confusing observers.

A statement from Kiir's press office said Mabior Garang De Mabior expressed regret over past comments he had made about the president.

"During the meeting, Mabior expressed his heartfelt gratitude to President Kiir for the call to come back home. Mabior apologised to the President and the people of South Sudan for any statement he might have said to the media against Kiir and the nation," the statement said.

"In his remarks to the media after the meeting, Mabior Garang De Mabior said he is going to join hands with the leadership and people of South Sudan to collectively seek ways of contributing to peace and stability for the nation," the statement added.

However, before the meeting, Mabior had shared a Facebook post over the weekend that said he was in Juba as part of the 'National Conversation South Sudan' (NCSS) delegation.

"I will not meet anyone nor make any press statement until after our meeting with President Salva Kiir. We are in Juba as a delegation of NCSS, and our mission is to find ways to contribute to peacebuilding and socio-economic development," he said on Sunday.

In June last year, Mabior resigned from his post as deputy interior minister, citing insecurity and lack of political will to implement the revitalised peace agreement.

He was appointed in March 2020 alongside others in the Revitalised Transitional Government of National Unity to implement the peace deal signed in September 2018.

After his appointment, Mabior threatened to resign from the government if the peace parties failed to implement the security arrangements in eight months.

In his resignation letter, addressed to Dr Riek Machar, the SPLM-IO leader, Mabior said the SPLM, headed by President Kiir, had no "intention to implement" the deal.

Mabior also criticised the presidency for its inadequate response to contain the spread of the coronavirus despite surging numbers in recent weeks.

He, however, said he only resigned as deputy minister and will continue to be part of SPLM-IO as a member of the political bureau and chairperson for information and public relations.