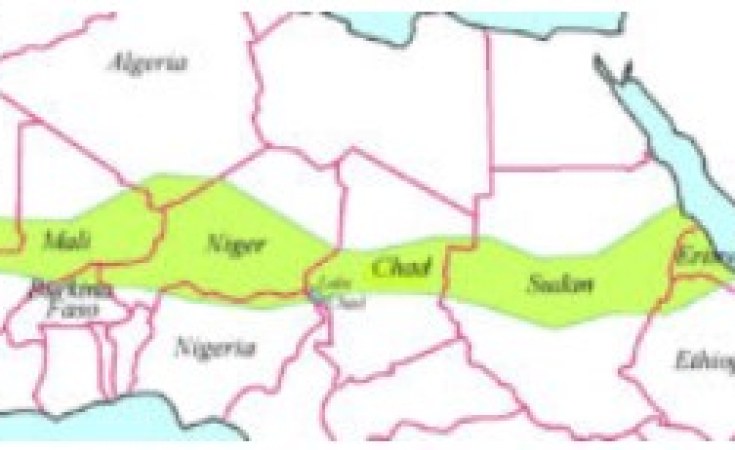 Centre for Strategies and Security for the Sahel Sahara
Over the last ten years, the Sahel crisis has steadily taken root in and spread beyond the region.
United Nations Human Rights (Geneva)
press release

NEW YORK / BAMAKO / GENEVA (9 November 2021) – The deteriorating security situation in Mali needs to be urgently addressed with a holistic approach that addresses impunity, puts human rights at the centre of the security response, and that goes beyond the sole military response, UN Assistant Secretary-General for Human Rights Ilze Brands Kehris said at the end of a six-day visit to the country.

Brands Kehris visited Mali between 1 and 6 November to engage with a wide range of interlocutors on the human rights situation and priorities in Mali and the broader Sahel region. She focused, in particular, on the protection of civilians and the fight against impunity including in southern regions of Mali, as well as on support to the G5-Sahel Joint Force to implement its Human Rights and International Humanitarian Law Compliance Framework.

During her visit, Brands Kehris met the Malian Prime Minister, Dr. Choguel Kokalla Maïga , and several Government officials, including the Minister of Justice and Human Rights and the Minister of Defence and Veterans Affairs. She also met with the President of the Commission Nationale des Droits de l'Homme and held discussions with the Executive Secretary of the G5-Sahel as well as the Force Commander of the G5-Sahel Joint Force. She also met the diplomatic community as well as civil society representatives.

Her visit took place in the context of the ongoing political transition in Mali, a country facing a multi-layered crisis resulting from overlapping security, political, human rights, humanitarian and socio-economic development challenges, exacerbated by the very diverse local contexts between and within regions.

The recent worsening of the security situation in Mali is demonstrated by the expansion of insecurity and the active movement of violent extremist groups from northern and central towards southern parts of the country, the increase in the number of Internally Displaced Persons (IDPs), which has almost quadrupled in two years; and the upward trend of school closures from 1,344 in January 2021 to 1,595 schools in June, affecting some 478,500 students. These developments have happened amid a further withdrawal of state authorities' presence and control in these areas.

While expressing grave concern about the marked expansion of violence, the Assistant Secretary-General also voiced her admiration for innovative local-level approaches to prevent violence.

"Community-led peace and reconciliation initiatives demonstrate that it is possible to defuse tensions and reduce violence by dialogue and through dispute-resolution mechanisms to address factors that contribute to inter-communal violence, such as competition over scarce resources," she said.

While urging support - including financial - for community-led initiatives and local peace agreements that populations freely sign, she contrasted these with the so-called "agreements" imposed by violent extremist groups on several communities living in areas lacking a State presence.  Many of these agreements are inconsistent with human rights norms and standards, particularly in relation to the human rights of women and girls.

"Being forced to choose between giving up one's fundamental rights or being killed is unacceptable," Brands Kehris said. "Working towards the gradual re-establishment of the State's presence and authority in central Mali and throughout the country is absolutely critical."

The human rights situation has also continued to deteriorate. The MINUSMA Human Rights and Protection Division (MINUSMA HRPD) has noted a serious increase in human rights violations and abuses, documenting 2,032 incidents in 2020, which represented a 48.86 % increase on 2019.

More recently, between June and September 2021 the Human Rights Division documented 725 human rights violations and abuses (159 and 566 respectively), representing a 71.80% increase on the previous quarter.

While violent extremist groups are among the main perpetrators of human rights violations and abuses in Mali, community-based self-defence groups and militias also commit abuses, and there are credible allegations of violations of human rights and humanitarian law perpetrated by national and international forces during counter-terrorism operations. The Assistant Secretary-General also received reports pointing to an increase in the number of cases of sexual and gender-based violence, including conflict-related sexual violence, and pointed to the need to strengthen the capacity to address these cases and respond to the needs of survivors.

Brands Kehris expressed deep concern at multiple reports indicating that descent-based slavery is still widely tolerated in Malian society, including by some influential politicians, traditional and religious leaders, law enforcement officials and judicial authorities.  "Mali must criminalize slavery without further delay and take all appropriate measures to end this practice," she stressed.

During her visit, Brands Kehris visited Mopti in Central Mali, the region where most human rights violations and abuses have been documented. It also hosts more than half the IDP population.

Data shared with the Assistant Secretary-General showed the disproportionate effect of violence on the region, where 71% of conflict-related deaths were recorded in 2020. At a camp for internally displaced persons, Brands Kehris saw first-hand the human face behind these numbers. People she spoke to expressed their wish to return to their homes as soon as it was safe and explained why it was so important they could regain the means to support themselves, a sentiment echoed by young people she met at a livelihoods training programme in the region.

Several stakeholders, including human rights defenders and religious leaders, highlighted the worsening socio-economic conditions in the country and warned that stigmatization and discrimination of specific communities, especially the Peuls/Fulani, along with violations committed during anti-terrorism operations, contribute to radicalization.

In her discussions with the Malian authorities and the Defence and Security Forces, Brands Kehris recognized the complicated challenges Mali and its partners face in their efforts to restore security, as illustrated by the continued attacks carried out against national and international forces and MINUSMA.

She reiterated that military operations alone do not suffice to respond to the crisis and called for a holistic response from Mali, with the support of the international community, to address the multiple security, political, human rights, economic and development challenges that have contributed to or have exacerbated the crisis.

"The protection of human rights is not only a moral imperative and a legal obligation but also an operational necessity," she said, adding that tackling impunity and adequately addressing cases of violations by security forces would help garner the support of local populations.

While welcoming that the fight against impunity is listed as a priority in the Transitional Government's national plan of action adopted in August 2021, she stressed that this commitment has to translate into concrete action and results, including not only in the investigation and prosecution of cases relating to corruption and terrorism - where progress has been noted - but also for alleged cases of human rights violations by members of the defence and security forces.

Some of those the Assistant Secretary-General spoke with expressed concern at the large number of small arms in circulation among the civilian population, partly due to the security gap left by an insufficient State presence but also linked to organized criminal elements. They called for urgent action to end proliferation of weapons among the population in the region.

While Mali needs to reinforce its own efforts to tackle the complex challenges in the country, international support is also needed, the Assistant Secretary-General highlighted.   This should include a multilateral approach to support national efforts on peace and security in Mali and the Sahel, including through the UN Security Council and other regional mechanisms.

A clearly defined and actionable framework to ensure that security operations are carried out in accordance with international human rights and humanitarian law, and in a way that protects civilians, is critical for effectively addressing the security situation in both the immediate and medium term, Brands Kehris said.

What Makes Women Resist Violent Extremism in Mali and Niger?