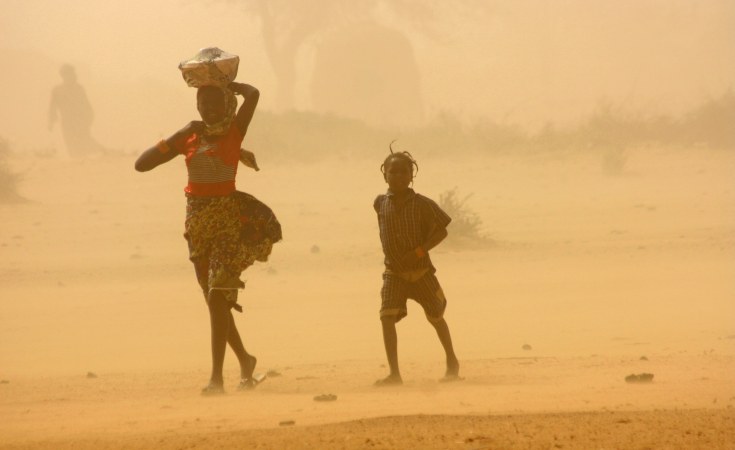 Niamey — "The wind is blowing in both directions. The last two weeks in Niger have been even more tragic than usual. A few days ago at least 60 farmers and a dozen soldiers were killed in the so-called 'three borders' and only a few days later the news came of a double massacre. The victims were children on one side and adults on the other ... Between the ashes of the children in the classrooms, which burned again, and the sand that forever covered the miners in search of gold", said to Fides Father Mauro Armanino, a priest of the Society for African Missions, a missionary in the country.

The missionary reports that a similar tragedy occurred a few months ago in the capital Niamey: "In a similar fire near the new international airport Diori Hamani, children, mostly under three years of age, were killed. This time - continues the missionary - it was in the economic metropolis of Maradi, which is almost 700 kilometers from Niamey, not far from the Nigerian border. The wind of death continues to blow in the country".

"It is estimated that there are more than a thousand classrooms in straw huts in Niamey, and it is expected that this number will not change in Maradi and to a lesser extent elsewhere, particularly in the rural areas", said the missionary on the causes of death. According to many students, "economic resources are being poured into the military to combat the jihadist threat, and the education sector is neglected, which in addition to population growth, are factors that have resulted in numerous open-air classrooms under thatched roofs. And on Monday, November 8 at the end of the morning, in the school called AFN, used on the premises of the local Association of Nigerian Women, at least 26 children died in a fire that broke out for reasons still unknown. They were buried in a mass grave while others are in serious condition in the city hospital".

The previous Sunday, a gold mine collapsed in Garin-Liman, also in the Maradi region, and buried the mine workers.