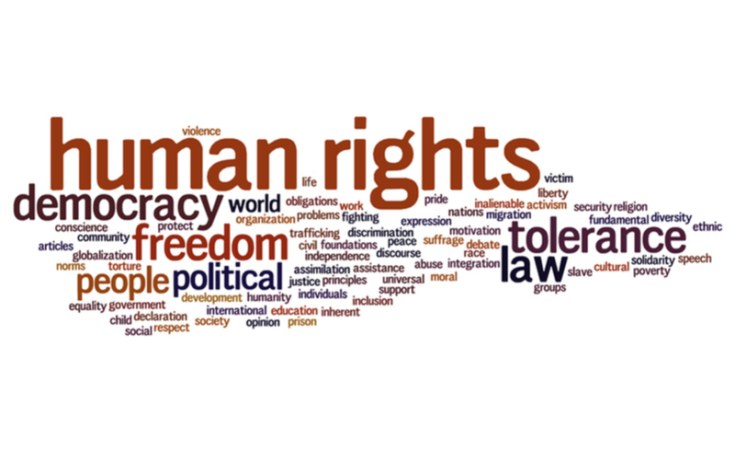 Shutterstock
'We cannot be a human rights and social sector reform advocate abroad if our nation is not in better shape than it is today on these issues at home, and it is not in good shape – the tensions, protests, and continued police shootings demonstrate this.'
Human Rights Watch (Washington, DC)
press release

African leaders should prioritize education for pregnant girls and married adolescents at the Third African Girls' Summit in Niamey, Niger, from November 16-18, 2021. Governments attending the summit should commit to stronger human rights protections for girls' education.

Even though many governments in Africa have protective laws and policies, hundreds of thousands of girls and young women in Africa are denied an education because they are pregnant, married, or mothers. Gabon and Côte d'Ivoire are among the countries that guarantee girls the right to continue school during pregnancy and after giving birth. However, governments such as Tanzania have policies that ban or expel pregnant girls or adolescent mothers from school. Even where laws and policies exist on girls' education, protections to continue education, as well as implementation and adherence, vary.

"The Third African Girls' Summit points to the growing commitment by African leaders to end discrimination against girls, but governments need to take further actions to ensure that all girls can enjoy their childhood and contribute to their society's development," said Agnes Odhiambo, senior women's rights researcher and Nairobi office head at Human Rights Watch. "African governments should ensure access to education for all girls by providing clear school and community-based plans to support those who are pregnant or mothers to return to school and succeed academically."

The summit platform brings together stakeholders from across the region and beyond to galvanize support to end harmful practices against girls in Africa. Participants include the African Union and its human rights entities, national governments and political leaders, the United Nations and nongovernmental organizations, girls and young people, and traditional leaders.

While there is legal and policy recognition of all girls' and women's right to education in many African countries, there remains a large gap in enabling them to get to school and to stay until graduation. Many girls, for instance, lack financial and psychosocial, or mental health, support to continue with education during pregnancy or after they have given birth.

The African Union and its human rights bodies can provide further guidance and take action to ensure effective implementation of girls' and women's right to education.

The African Commission on Human and Peoples' Rights (ACHPR) and the African Committee of Experts on the Rights and Welfare of the Child (ACERWC) should consider issuing guidance in the form of a general comment, Human Rights Watch said. A general comment could provide detailed guidance to countries about their legal obligations to provide equal education to girls and women without discrimination, and ensure effective monitoring of compliance.

Model policies are an established strategy to push for policy change on the African continent. The Southern African Development Community (SADC) has developed two model laws - one on ending child marriage and another on HIV in Africa - that have stimulated policy dialogue and change in the region. The African Union Commission (AUC) should also consider developing and popularizing a model regional policy for ensuring continuing education of pregnant girls and adolescent mothers and "re-entry" for those who leave school, Human Rights Watch said.

To support these efforts, the African human rights expert bodies should consider conducting a regional study on the status of education for pregnant, married, and parenting female learners, Human Rights Watch said. The African Commission should appoint a special rapporteur on education who would be the liaison with the other bodies to conduct the study and monitor implementation. Many government officials told Human Rights Watch over the years that there is a need to identify shortfalls, gaps, and good practices to support pregnant girls and adolescent mothers to go to school.

African governments also need to address widespread teenage pregnancy, which drives many girls out of school and contributes to abuses such as child marriage. Before the Covid-19 pandemic, sub-Saharan African countries had the highest adolescent birthrates in the world. For various reasons, which may have included prolonged school closures, weak child protection, poor knowledge, and loss of access to sexual and reproductive health services, the pandemic has led to an increase in adolescent pregnancies in many African countries, according to the UN, media, and civil society reports.

"African governments should be fulfilling the right to education for pregnant girls and adolescent mothers not only by opening school doors, but also by putting in place comprehensive measures to address their challenges and needs so that they remain in school," Odhiambo said. "The African Union as a whole should show greater leadership and consistently promote the education of pregnant girls and adolescent mothers."