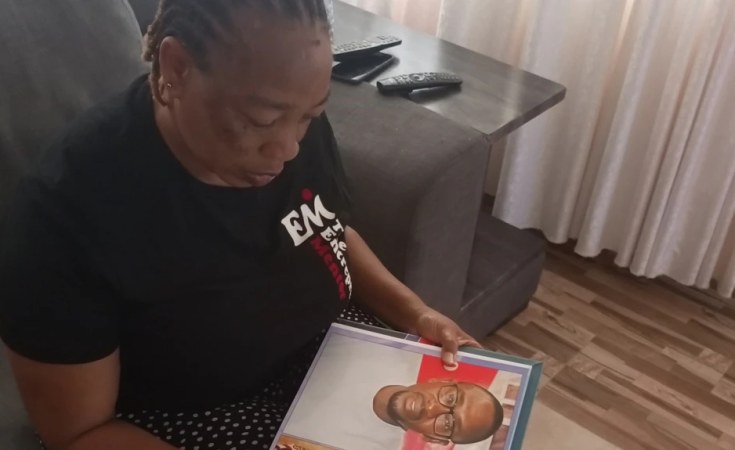 TimothyObiezu/VOA
Torkwase Kuraun, Sister of missing journalist Tordue Salem, looks at pictures of him in the family photo album at her home in Abuja, Nov. 4, 2021.
International Federation of Journalists (Brussels)
press release

Journalist Tordue Salem was the correspondent of the Vanguard Newspaper covering the national Assembly and a member of the House of Representatives Press Corps. He had been missing for almost a month and had been last seen on Wednesday 13 October leaving the National Assembly building in Abuja.

The Nigerian police said that a hit-and-run driver has been arrested in connection with the journalist's killing and that the suspect has admitted to the crime. However, the circumstances of the killing remain unclear and the IFJ calls for a further investigation to determine if the case is linked to Salem's work as a journalist.

This is the second journalist killed in Nigeria this year. On June 19, armed men brutally murdered radio presenter Titus Badejo in Ibadan .

IFJ General Secretary, Anthony Bellanger said: "We send our deep condolences to the family, friends and colleagues of Salem. We urge the authorities to investigate this killing, leaving no stone unturned in determining the motive behind this appalling crime which took our colleague's life and ensure the full force of the law applies to do justice for the victim and his family."

Next Story
Tagged:
Copyright © 2021 International Federation of Journalists. All rights reserved. Distributed by AllAfrica Global Media (allAfrica.com). To contact the copyright holder directly for corrections — or for permission to republish or make other authorized use of this material, click here.