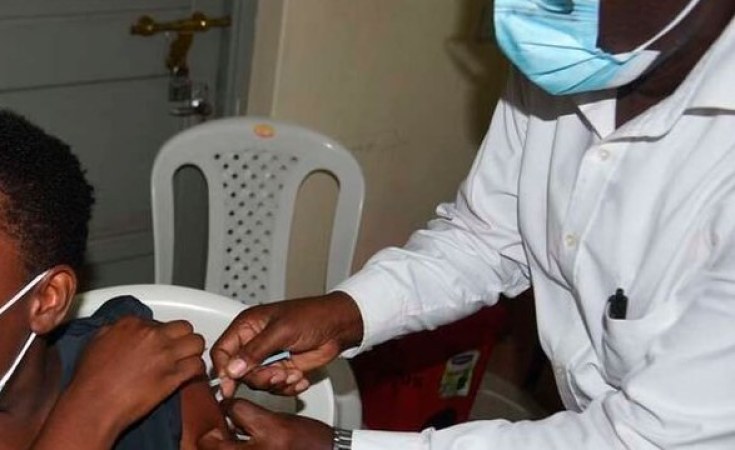 Former health minister Dr Bernard Haufiku has warned the country is likely to face a "pandemic of the unvaccinated" if rising Covid-19 infections in Europe are anything to go by.

According to Haufiku, the fourth wave that is reportedly peaking in European countries will likely not be worse than the third wave for people who are fully vaccinated against Covid-19.

The novel coronavirus has killed at least five million people globally out of over 253 million registered positive cases since the outbreak emerged in China in December 2019.

The countries with the newest deaths were Russia with 1 240, followed by Ukraine with 838, and Hungary with 304.

The United States is the worst-affected country with 764 365 deaths from 47 million cases, according to figures collated by AFP.

The World Health Organisation (WHO) reports that case numbers have soared across Europe by more than 50% last month, and this trend continues as winter begins to bite.

Dr Hans Kluge, the director of the WHO's Europe region, warned on 4 November that the region was "back at the epicentre of the pandemic".

Kluge said nearly two million cases were reported across Europe in the previous week, the most the region has had in a single week since the pandemic began.

"If the fourth wave comes, it will be a pandemic of unvaccinated, especially when it will come with severe illness and deaths," said Haufiku.

"I am not saying those who are vaccinated will not die, but if you look at it statistically and we have seen it at national platforms, it will be those who are not vaccinated who will massively be part of death statistics. This is the reality and not a threat. If people are not getting vaccinated, it will be worse than the third wave."

Namibia suffered a deadly third wave of the pandemic during June and July.

By the end of May, Namibia had recorded 830 deaths.

Since then, positive cases, hospitalisations and deaths have sharply declined - and by 15 November, the number of deaths stood at 3 565.

Health minister Dr Kalumbi Shangula indicated the country is prepared for a possible future resurgence in cases, as the numbers are picking up abroad.

He indicated the country has preparedness measures such as the establishment of intensive care units, procurement of additional beds and construction of tented wards.

However, Haufiku indicated, preparedness will be tested if the possible fourth wave arrives.

"Preparedness comes in different components: surveillance, infrastructure and human resources. Hence, I believe that the preparedness in fighting the pandemic will be tested when the wave arrives. The real test of the preparedness happened when the pandemic arrived; when we see that people are getting all the required services such as ventilators, beds, etc, on time," he said.

Haufiku further indicated he is not supporting the idea of the Covid-19 centre being part of the daily operations of hospitals like Katutura because it is infectious.

"I have never been comfortable with the Covid centre inserted in the existing health centre - but it must be separated from the other hospital. Of course, there is a cost involved, but it must be a national standardised centre that is not only driven by one sector but must be a multi-sectoral approach."

He, however, said, as much as Namibians need to prepare for the pandemic by getting vaccinated, conspiracy theories are still rife against vaccines.

"There are various conspiracies against the vaccine. Initially, people were looking forward to the vaccine, and there was a delay - and it created the gap for people to believe in all the conspiracies. And then the deployment of the vaccines that were not properly approved by the regulatory authorities, such, as Sputnik, has also contributed to the slow uptake of the vaccines in the community," he said.

Haufiku stated awareness and education must be conducted in the community to ensure there is an increase in uptake.

However, he urged all entities in the country to play a role in ensuring they spread the right message about the vaccine to lessen the impact of the pandemic.