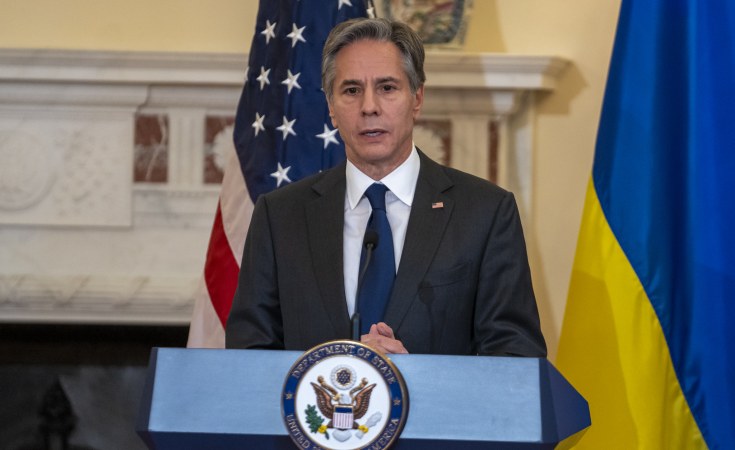 U.S. Secretary of State Antony Blinken visits Nigeria Thursday on the second leg of his three-nation tour of Africa to discuss security issues and other topics.

The State Department said earlier this week that Blinken and Nigerian President Muhammadu Buhari will meet in Abuja to discuss collaborating on international health security, expanding energy access and security, and other issues.

Blinken opened his three-nation tour in Kenya with a warning that several factors have led to a "democratic recession" of democracy around the world.

During a meeting Wednesday in Nairobi with Raychelle Omamo, Kenya's foreign affairs ambassador, Blinken said, "We're seeing, and we've seen over the last decade or so, what some are calling the democratic recession, democracies falling back."

Blinken also addressed with Kenyan leaders specific regional issues such as ending the violence in Ethiopia, combating terrorism in Somalia and reviving Sudan's transition to a civilian government.

Kenya, a member of the United Nations Security Council, is an important player in issues related to regional countries, including Ethiopia, Sudan and Somalia.

Blinken's tour of Africa includes a stop in Senegal. His trip is partially aimed at raising America's profile as a key player in the region as it competes with China.

Despite its large contributions of money and vaccines to contain COVID-19 and other infectious diseases, the United States has had little success in gaining influence in the region.

Some information for this report came from The Associated Press and Reuters.

Nigerian Experts Have Big Expectations Ahead of Blinken's Visit Thursday