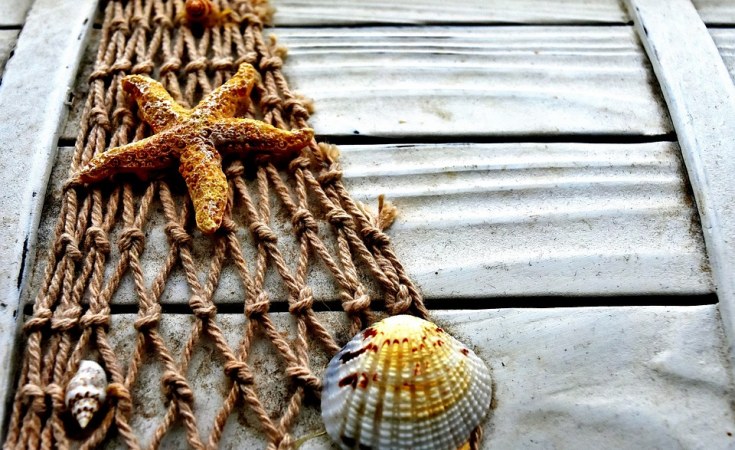 In a region already facing rampant piracy, the pillaging of fish stocks by industrial operators must be stopped.

The United Nations Climate Change Conference's (COP26) inclusion of the necessity for healthy oceans was welcome news. However, despite some notable calls for action before and during the event, insufficient emphasis was placed on the importance of conserving fish, fisheries and marine ecosystems.

The 2019 Africa Blue Economy Strategy lists fisheries and aquaculture as one of seven crucial areas for creating sustainable blue economies. Fishing is seen as a relatively untapped sector for Africa's development and prosperity. It is unlikely to bear fruit though, unless the exploitation of marine resources is curbed. Illegal fishing takes different forms, but large-scale industrial operators do the most damage to ecosystems and the environment.

Climate change worsens the effects of overexploited fish stocks, limiting their ability to regenerate. Given the current crisis, urgent measures are needed in vulnerable coastal communities, particularly in West Africa where piracy, armed robbery and kidnapping are rampant.

Illegal fishing in West Africa is a challenge on three levels. First, it jeopardises the management of fish stock by disrupting regulatory processes. To achieve a sustainable fishing sector, countries must manage the growth and depletion of fish stocks, enforce safety and operational rules, and delineate areas for fishing and conservation.

The second challenge is the damage to food security in coastal communities, where fish provides a significant source of sustenance and, for some, their only income. And third, illegal fishing erodes community trust in law enforcement, creating a sense of lawlessness and neglect. This is an environment in which organised crime thrives, and together with a loss of livelihoods, can fuel local-level violence and other criminality.

For instance, rampant illegal fishing off Somalia's coast, coupled with lawlessness, resulted in local fishers taking up arms to attack foreign fishing vessels in Somali waters. These vigilante groups were one of the precursors to piracy in the region. This serves as a warning to West Africa, where continuous coastal instability could worsen the piracy situation.

As the global demand for fish increases, it is likely that so too will the incursions of foreign fleets into African waters. Non-African countries play a significant role when they turn a blind eye to their industrial fishing fleets venturing into African waters. State fishing subsidies also promote illegal fishing by enabling fleets to sail and operate anywhere in the world.

What makes this situation difficult to deal with is that legally, ships observe the regulation of their flag states. Without the active support of flag states, it is impossible to address industrial illegal fishing in Africa. Some progress has been achieved though. For example in 2015, Spain enforced harsher punishment for its citizens involved in illegal, unreported and unregulated fishing. China has created a blacklist and pledged to place harsh sanctions on illicit operators and their companies.

To combat threats to their ecosystems and fisheries sectors, African states must be more active in ongoing World Trade Organization negotiations to end harmful and unsustainable fishing subsidies. Non-African states must recognise that their short-term profit-driven approach erodes maritime security, particularly in West Africa. This will ultimately damage their interests in other sectors, such as shipping.

Most African states do not have enough resources to monitor and control their vast exclusive economic zones. So tackling illegal fishing depends on cooperation, as weaker efforts in one country can undermine fisheries management steps in a neighbouring state.

This is a task that the Economic Community of West African States (ECOWAS) can lead on, to protect West Africa's blue economy prospects. Driven by the need to suppress piracy, ECOWAS states recently made significant progress in improving their capacity to detect, respond to, and prosecute maritime crimes.

The region is also home to the Sub-Regional Fisheries Commission and the Fisheries Committee for the West Central Gulf of Guinea, covering the maritime domains of the ECOWAS states. These institutions were established to monitor fishing vessels operating in the region and support the fight against illegal fishing. But more work is required, and threats will continue without a holistic approach to maritime security.

When signatories robustly enforce the PSMA, it creates a significant deterrence and disincentive to illicit fishing vessels, partly by denying them ports and restricting their access to markets. Encouragingly, 12 out of 27 African state parties to the PSMA are from West Africa. To have a genuine impact though, Nigeria - a major regional player - must also ratify the agreement.

(This article was first published by ISS Today, a Premium Times syndication partner. We have their permission to republish).