Zimbabwe: Illegal Use of Mercury in Mining Sector Continues 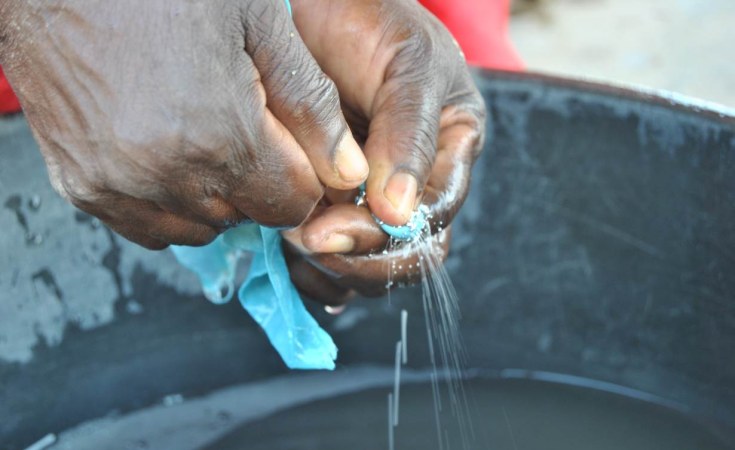 EFFORTS by Zimbabwe to reduce and where possible eliminate the use of mercury particularly in the mining sector in line with the Minamata Convention continue to be a huge challenge.

President Mnangagwa in August this year ratified the Minamata Convention, which aims to reduce and eliminate the usage of mercury.

Artisanal miners say that they purchase the chemical from unregistered dealers who smuggle the mercury from China. Zimbabwe's mining sector recorded 156 accidents and 169 deaths in 2020, 90 percent, mostly among those in artisanal and illegal mining.

The sector that is expected to contribute immensely to the US$12 billion 2023 mining industry.

Against this background, the Mines and Mining Development and Environment, Tourism and Hospitality Industry Ministries and Environmental Management Agency (EMA) have been conducting safe and sustainable mining awareness campaigns in Mashonaland West province targeting artisanal miners in Kadoma, Chegutu, Chinhoyi and Karoi areas.

The campaigns are aimed at raising awareness on the dangers of mining, safe mining methods and explain the Minamata Convention while in turn reduce mine related accidents and deaths.

Addressing some of the miners in Chegutu on Thursday, Mines Ministry chief engineer, Michael Munodawafa urged miners to adopt safe mining practices not harmful to human lives and environment.

"Over 60 percent of mine shaft collapses are as a result of poor mining practices. Artisanal miners should employ safe and sustainable mining practices while sticking to stipulated 35 metre-distance between shafts to avoid unnecessary loss of life. A number of accidents also occur during rainy seasons, Miners should avoid mining at all cost during this period as ground is usually unstable," he said.

Shafts around the artisanal mining sector are within a range of five to ten metres, a major concern when it comes to blasting. Turning to the use of mercury, Eng Munodawafa said: "There has not been a ban on the use of mercury. We are encouraging miners to use proper equipment and tools when dealing with mercury. There is equipment like the amalgam retort, which is safe for both humans and the environment and above all it reduces costs of buying mercury on a regular basis."

A survey by The Herald in the Gadzema area of Chegutu showed that miners were getting in contact with mercury with bare hands, while in some cases openly heating gold samples.

"We are never told of the side effects of the chemical hence our negligence but, we are grateful that the government is conducting these awareness campaigns," one artisanal miner said.

Mercury is either inhaled or touched to get into the human system and has side effects that include nervous breakdown, erectile dysfunction, still or deformed births.

Eng Munodawafa said the Government was giving equipment to registered miners as a way of avoiding related accidents while at the same time improving gold production.

EMA's provincial spokesperson, Mr Munyaradzi Nhariswa concurred with government ecologists, Mrs Pauline Nhunzvi on the toxicity of mercury before encouraging miners to procure the chemical from authorised dealers and use commercial timber for timbering to avoid depleting indigenous trees species.