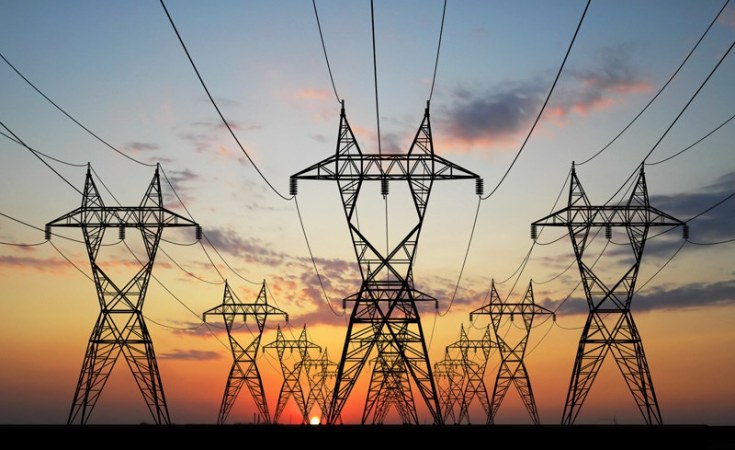 Eskom Chief Executive Andre de Ruyter says the country could have been plunged into Stage 6 load shedding or worse had alleged saboteurs succeeded in an apparent plan to shut down some of the units at the Lethabo Power Station.

He was speaking during a briefing in which the power utility announced that load shedding is expected to be lifted this evening with a good forecast for that to remain the case throughout the weekend.

Turning to what he called "acts of sabotage", De Ruyter said an Eskom investigation into the Lethabo Power Station incident found that stays and rods were cut to trigger the fall of an electricity line pylon also known as a tower.

De Ruyter had explained that the fall of the pylon damaged two coal feeding lines which could have caused the power station - which is South Africa's most reliable - to be without coal within six hours, triggering a consequent shut down.

"There is no sign of corrosion, no sign of metal fatigue, there was no shearing of these pylons and there is evidence that there was some cutting instrument involved; whether that is a hack saw or an angle grinder.

"What further arouses suspicion that this was a deliberate act of sabotage is that nothing was stolen from the site. So the stays [holding the pylon in place] were cut, the tower was pushed over onto the other line and nothing was stolen so this is not an economic crime," he said.

De Ruyter, who was repeatedly declined to call incidents at power stations malicious, now suggested that the evidence is there to see.

"For some time we have had suspicious incidents and I think this is the clearest indication that we have had to date that there are individuals out there who seek to damage the economy by causing very significant and substantial load shedding.

"We have reported the matter to the Hawks [who are] assisting us in the investigation. Supply of electricity has, in the interim, been restored. Our colleagues in distribution were innovative in order to find a third supply... and we really averted a severe incident at Lethabo," he said.

The Chief Executive said the 390 000km of distribution and transmission lines across the country does not make it "physically possible" to station guards at every pylon.

However, he said security measures within and around power station sites such as drone patrolling, a stepping up of access control and the use of camera intelligence are helping the power utility to prevent incidents before they occur.

"Can we cope with a concerted attack... on a number of our key elements of our system simultaneously? I don't think that is a scenario that we want to contemplate. "We have mechanisms in place to avoid total blackouts. But of course we can only lose so much capacity.

"[F]ortunately we were able to prevent a significant increase in load shedding as a result of this [Lethabo power station] incident but we are now exposed. So that is why there is a need for law enforcement and security agencies to assist Eskom in protecting assets of national importance."