Africa: How the Biden Administration Can Make AGOA More Effective 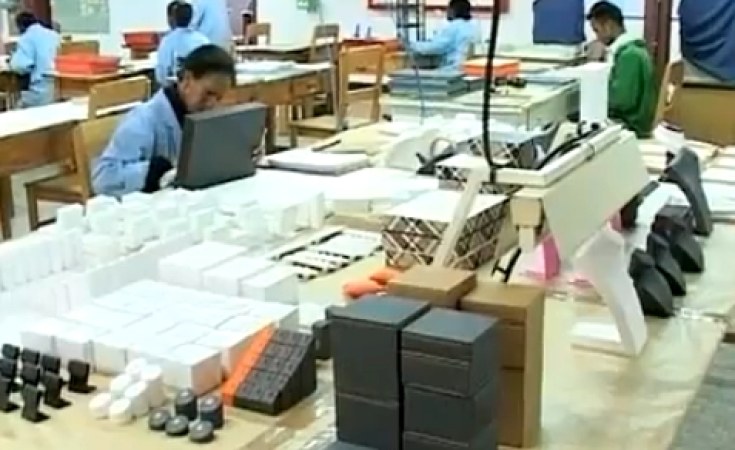 Washington, DC — The African Growth and Opportunity Act (AGOA) has served as the cornerstone of the U.S.-Africa commercial relationship for more than two decades but it is set to expire on September 30, 2025.

While the legislation's unilateral trade preferences have provided economic benefits for countries across sub-Saharan Africa, AGOA as a whole remains underutilized. To ensure continuity in U.S-African trade ties, the United States must grapple with the legislation's potential reauthorization now, with a particular focus on how the utilization of AGOA might be improved.

Just a renewal of AGOA won't be enough to achieve this ambitious vision, though. Instead, the Biden administration should double-down on its partnership with AGOA beneficiaries and ensure that each country makes greater use of the program, including through National AGOA Strategies, in a manner that promotes regional and continental value chains.

This analysis includes Ethiopia, Guinea, and Mali, which are set to lose their AGOA benefits on January 1, 2022 because, as the Biden administration determined in a statement to Congress, they are no longer in compliance with the legislation's eligibility requirements.

AGOA has been successful, but remains underutilized

In assessing the program's future, it is important to acknowledge where AGOA has achieved success. When excluding exports of crude oil under AGOA, the data shows that the program has substantially improved the export competitiveness of certain African products, especially apparel. For instance, from 2010 to 2020, textile/apparel exports under AGOA grew by approximately 64 percent.

Moreover, apparel exports from Lesotho, Ethiopia, Mauritius, Madagascar, and Kenya have not only led to the creation of tens of thousands of jobs but these countries have become reliable producers for the U.S. market and American consumers.  Lesotho and Kenya in particular have enjoyed the highest AGOA utilization rates: between 2010 and 2020, apparel products from Kenya accounted for 88 percent of the country's total exports to the United States under AGOA ($3.6 billion in value); apparel products from Lesotho accounted for 99 percent of the same ($3.2 billion). The utilization rate is the percentage of U.S. imports under AGOA from a beneficiary country as a share of total U.S. imports from that country.

At the same time, not enough African countries have benefited from AGOA on a level that is sufficient to truly tip the scales when it comes to economic development, growth of commercial opportunities, and job creation. As Ambassador Tai noted during the recent AGOA Ministerial, this trend is due in part because utilization of the program remains low for many beneficiaries. In an effort to address this deficit, Congress called for—but did not require—participating countries to develop and publish national "utilization strategies" during the 2015 reauthorization of the legislation.

These strategies are prepared by governments in sub-Saharan Africa as part of their planning to enhance the use of AGOA. In developing these strategies, beneficiary countries determine how their comparative advantage can enhance a country's own competitiveness, which will also benefit regional trade. The idea behind such plans was that they would position beneficiary countries to take fuller advantage of their preferential access to the U.S. market. A review of trade data suggests that creating AGOA strategies is positively associated with increasing AGOA utilization rates.

Out of the 16 countries reporting data since the publication of a national AGOA utilization strategy, 14 have seen an increase in non-crude exports under AGOA. These increases in exports range from 2 percent to more than 3,000 percent. In particular, Mali, Mozambique, Togo, and Zambia, who had very low utilization rates, experienced an increase in exports of over 90 percent following establishment of a utilization strategy. Below are relevant examples:

Unfortunately, less than half of AGOA beneficiaries have developed national AGOA strategies. With four years left under the existing legislation, there is still time for beneficiary countries to achieve greater results under AGOA. Moreover, a renewal of AGOA for another 10 years would provide even more time to make national strategies as beneficial as possible while further deepening U.S.-Africa commercial ties.

Next Story
Tagged:
Copyright © 2021 The Brookings Institution. All rights reserved. Distributed by AllAfrica Global Media (allAfrica.com). To contact the copyright holder directly for corrections — or for permission to republish or make other authorized use of this material, click here.