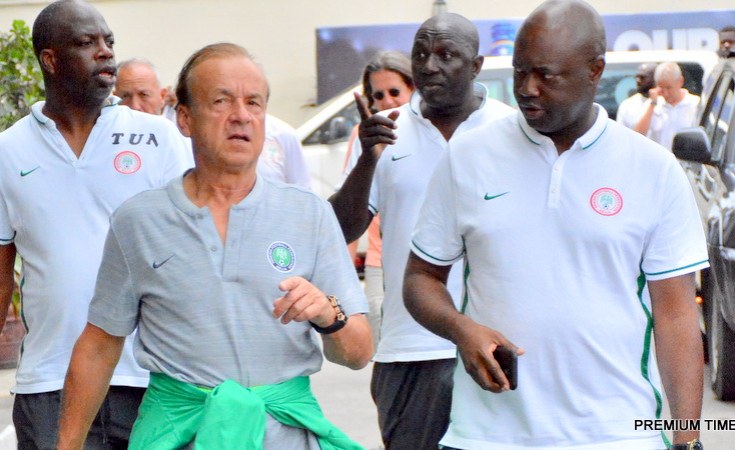 With the the future of Super Eagles Head Coach, Gernot Rohr, on the Nigerian job about to be decided this week, the Federal Ministry of Youth and Sports Development has directed the Nigeria Football Federation (NFF) to submit the Technical Report of the last phase of the 2021 World Cup qualifiers to the Ministry today.

The Permanent Secretary of the Ministry, Alhaji Ismail Abubakar, gave the directive to the NFF at the weekend.

"The report must be on the table of the Honourable Minister of Youth and Sports Development on Monday, the 22nd of November, 2021," a memo from the permanent secretary's office to the federation's chief stressed.

All through the weekend, speculations on the future of the German coach filled the social media. He was even reported to have accepted to step down from the job on the condition that his severance pack of $600,000 will be paid prompt.

Under his watch, Super Eagles qualified for the playoff phase of the 2022 World Cup qualifiers in Africa but the performance of the team has left a lot to be desired with many Nigerian calling for team gaffer, Gernot Rohr to be shown the exit door.

Nigeria incredibly lost to Central Africa Republic, one of the lowest ranked teams in the world at the Teslim Balogun Stadium last month, a new low for the three times Africa Cup of Nations winners.

Eagles bounced back to win the reverse fixture in Cameroon barely a week later.

They again laboured to an uninspiring performance against Cape Verde penultimate Tuesday in Lagos seems to be the last straw that has broken Rohr's back.

However, due to the embarrassment Rohr's contract has caused football stakeholders in Nigeria, the Federal Ministry of Youth and Sports Development is believed to be interested in who ever that is going to replace the German Coach.

"The NFF knows that any plan to hire another coach must start with first briefing the Federal Government through the minister of sports. This is to avoid a repeat of what happened in the case of this Gernot Rohr's contract," a top ministry source hinted at the weekend.