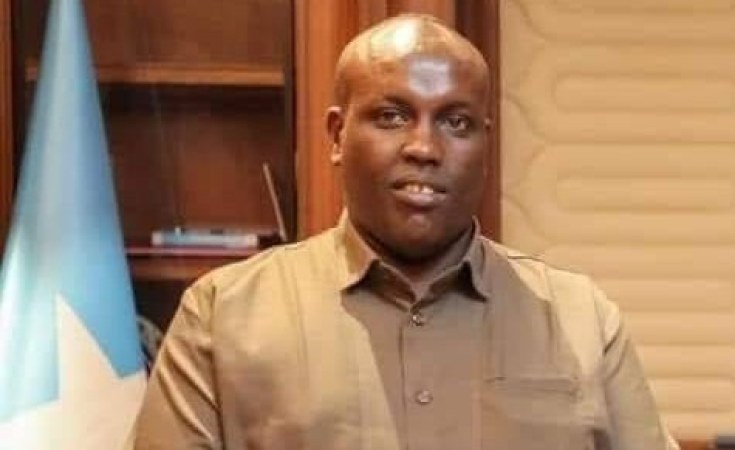 Somali militant group al-Shabaab on Saturday evening claimed responsibility for killing a veteran journalist who campaigned against the activities of the proscribed group, in the latest attack on media freedom.

Abdiaziz Guled aka Afrika, the Director of state-owned Radio Mogadishu was killed in a targeted suicide bombing as he rode in a car with a colleague identified as Sharmarke Mohamed Warsame, the Director of Somali National TV, also a government media outlet.

Somalia police said that a man wearing a suicide vest approached the vehicle in a busy street in Mogadishu as they left a restaurant and detonated it, killing Afrika instantly and wounding his colleague who is still fighting for his life at Mogadishu's Madina Hospital.

Born on December 12, 1979, Afrika's radio career rose especially in the late 2000s as he took on Shabaab's violent extremism campaign. The group took him on as enemy number one. Local press freedom lobby, the National Union of Somali Journalists (NusoJ) suggested the journalist was targeted for dedicated coverage against the group's violent activities.

He produced a popular TV and Radio programme known as GUNGAAR, a series of investigative reports on al-Shabaab.

"He was a brave journalist who was best known for producing incisive special reports about Al Shabaab attacks in Somalia and interviews with Shabaab captives in detention," said Omar Faruk Osman, the Secretary-General of NUSOJ in a statement.

"It is another sad day again for Somalia, when we are forced to witness the needless death of another journalist on the frontlines of duty. We condemn this cowardly act against yet another journalist. We send our most heartfelt condolences to his family, friends and colleagues in Radio Mogadishu. Our quest for a free and just society will not be deterred by the acts of intimidation," Osman added, calling on the Federal government to urgently investigate the killing.

According to the lobby, the murdered journalist had planned to take his mother for medical treatment to India today.

The two journalists had campaigned to have the state-owned media outlets transformed to public media houses, rather than remain mouthpieces of the government as it is today.

On Sunday, Somalia's President Mohamed Farmaajo said Afrika had been "martyred" for its role in calling out al-Shabaab.

"He spent his career rebuilding our nation and continuously exposing the evil of terrorism to save Somalia using the powerful media tool," Farmaajo's Spokesman, Abdirashid M Hashi said in a Twitter post.

This is the second death of a journalist this year, directly linked to al-Shabaab. In March, NUSOJ said another reporter Jamal Farah Adan, a freelance Journalist whose radio programmes were also critical of Al-Shabaab and its operations was shot dead in Galmudug State.

According to the Committee to Protect Journalists (CPJ), Somalia is still the most dangerous place for journalists in Africa, having seen more than 70 journalists killed over the last 30 years. And the Reporters without Borders (RSF) says Somalia is only better than two countries in the world, out of 163 surveyed last year in safety for journalists.

"The pressure on journalists can come from many quarters, especially as much of the country is controlled by non-state entities or by autonomous regional governments that either do not or only barely recognise the central government's authority," RSF says.

Previous Story
Next Story
Why Was Abdiaziz Afrika Targeted By Suicide Bomber?

Why Was Abdiaziz Afrika Targeted By Suicide Bomber?