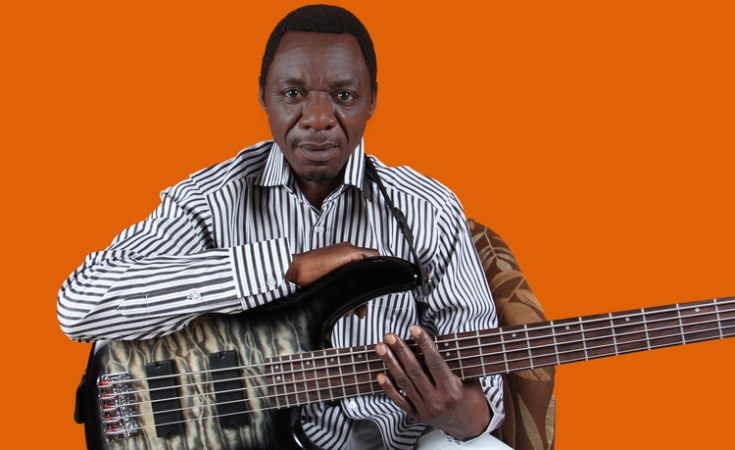 Sungura music maestro, Alick Macheso, who has bounced back on stage after a two-year break due to the Covid-19-induced lockdown, recently opened up on the motivation and meaning behind one of his latest songs, "Nguva Yatiri", off his upcoming seven-track album.

The Orchestra Mberikwazvo Band front-man and Zimbabwe Red Cross Society humanitarian ambassador, who said he gained about 10kg owing to idleness during the lockdown, told The Herald that his songs were social commentaries that often foretold upcoming events.

"I have observed that many fans paid attention to the lyrics of my new song, 'Nguva Yatiri'. I traditionally drop new songs when I see our fans dancing to songs like 'Charakupa,"' Macheso said.

"Nguva Yatiri' is one of the seven songs on Macheso's forthcoming album that is set to be released before the end of the year. The song's lyrics seem to be influenced by the impact of Covid-19 on all spheres of life.

"Hence, the authorities' intervention to curb the pandemic's spread.

Yes, the song is addressing the present situation, this Covid-19 era, but I came up with it long back. Many years have since passed," revealed Macheso.

"I was highlighting the many life issues we often come across, which include obstacles to fellowship across the world."

The sungura legend, who thrilled his legion of fans last Sunday at Jongwe Corner in Hatfield, Harare, said had it not been for language barriers, his songs would carry powerful messages to the entire world.

"That is why you see there are rich, poor and vulnerable people in each and every community of this earth. What this means is that my songs also appeal to global audiences, because they address all these social classes through the Shona language," he added.

"At times, the songs often go ahead of time."

Macheso gave an example of the song "Raramiro", which he released in 1999, and some of whose lyrics go:

"You see, today the whole world is asking God, Mwari, for this Covid-19 disease's cure, but I composed and released the song long back. Today it is squarely defining the pandemic's story as Covid-19 has locked us indoors since last year.

"So, I compose my songs basing on our daily experiences, because Alick Macheso is a brand, and Orchestra Mberikwazvo Band is an international group whose sungura trademark has put Zimbabwe's arts and culture industry, on the map," the crooner said.

He said his lyrics and sound are inspired by people's daily lives, as they rebuke, advise, entertain, inform and remind each other of their experiences through music.

Macheso thanked the Government for its timely response to the coronavirus, and allowing artistes to resume live performances under strict protocols.

He urged fellow artistes and stakeholders in the entertainment sector to adhere to World Health Organisation (WHO) regulations as spelt out by health authorities.

"Fellow artistes and venue owners, let us be slaves to the WHO regulations and our local health authorities' protocols against the Covid-19 pandemic. It is for our good and all future generations. Let us always sanitise and check temperatures at our entrances," he said.

Macheso also divulged how he gained about 10kg due to idleness during the lockdown.

He, however, declared that he would burn the extra fat on stage, which he calls his gym.

"During the Covid-19-induced lockdown, I was at home. I was shuttling between my Harare home and my farm in Chivhu. I would make sure that from home I get into my car, then disembark, hop into my farmhouse and back," he said.

"I have gained 10kg more, and I attribute it to my idleness during the lockdown. However, the stage is a gym on its own where we will be burning up fat."

Macheso said that he would often go to the farm to slaughter cattle and fetch maize meal for his band members and family.

Businessman and music promoter, Derick Nyekete paid tribute to Macheso for acknowledging him on the song, "Chengetai".

Nyekete implored parents not to leave children alone, or send them on errands at night or across flooded rivers and up mountains.