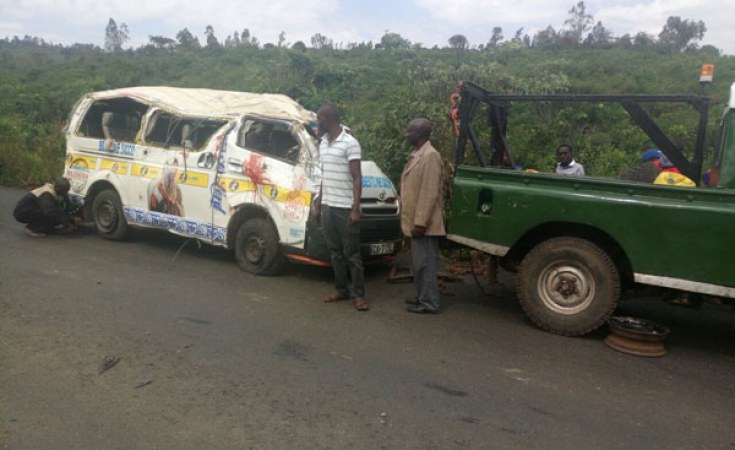 Kenya has recorded an increase in the number of road fatalities, recording 4,023 deaths between January and November 2021.

The number is higher as compared to 3,340 deaths recorded in the same period last year, according to data released on Tuesday by Government Spokesman Cyrus Oguna.

Of the total number of deaths recorded this year, motorcyclists accounted for the most with 1,508 of them succumbing to injuries after road accidents, pedestrians recording 1372, passengers with 664 while drivers accounted for 403.

Ogun said that most deaths occurred during the festive season, with the majority of accidents reported along Mai Mahiu-Narok road.

He noted that the number of fatalities were higher compared to last year's figures that stood at 1,324 motorists, 1186 pedestrians, 463 passengers and 289 drivers.

"In the past, road fatalities have been attributed to poor road infrastructure. However, we note with concern that even after the government's heavy investments in state-of-the-art infrastructure, more lives are getting lost on our roads," Oguna said.

He further noted that the increase in motor cyclists' fatalities was attributed to an increase in the number of untrained and inexperienced riders on the road, failure to wear protective and reflective gear, dangerous overtaking.

Additionally, he noted that the leading cause of road traffic crashes in Kenya was speeding, followed by dangerous overtaking and distracted driving.

He urged Kenyans to continue observing road vigilance in order to reduce the number of casualties.

"The numerous road traffic crashes across the country are taking the lives of fellow Kenyans or burdening personal health insurance or having negative financial implications to those affected. As we approach the festive season, the government calls for vigilance on the road among all Kenyans," he said, "Nobody should sit inside an overloaded or speeding matatu and keep quiet. All Kenyans must raise their voice and speak against reckless driving that may put their lives and others at risk."

Oguna said that in order to reduce these numbers, the government in conjunction with the National Transport and Safety Authority (NTSA) has partnered to ensure that the National Police Service (NPS) has constant motor vehicle inspection clinics to improve on safety compliance.

"In collaboration with the National Youth Service, Boda Boda training will be conducted in order to ensure road safety is achieved. We will also ensure sensitization of road users through the Usalama Barabarani Programme," he added.