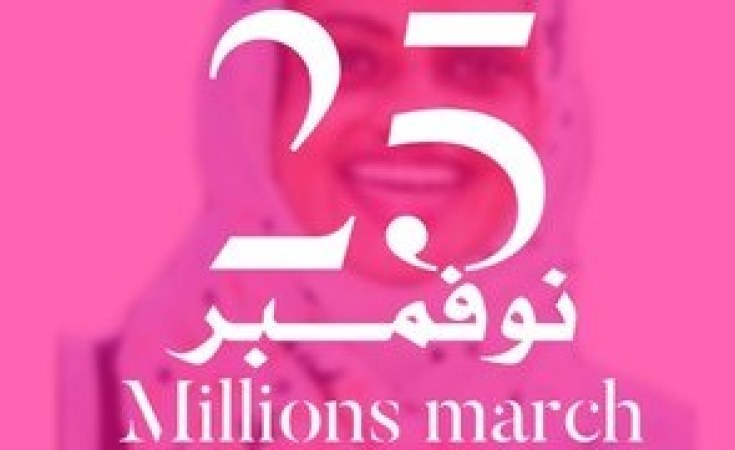 Radio Dabanga
A poster calling for renewed Marches of the Millions in Sudan on November 25, 2021.
Radio Dabanga (Amsterdam)

Khartoum / El Gedaref / Darfur — While the military junta in Sudan has released some detainees, several are still imprisoned, despite the undertaking in the political agreement signed in Khartoum on Sunday by Gen Abdelfattah El Burhan and Sudan's Prime Minister Abdallah Hamdok, that stipulates the release of all political detainees. The resistance forces have called on the public to take to the streets again tomorrow in an unrelenting campaign of civil disobedience to the coup, and the political agreement.

In Sennar, the authorities detained on Tuesday Ghazi Abdallah, Zaher Hasan and Mohamed Jibril, members of the Resistance Committees of Abu Hajjar, and took them to an unknown location.

In East Darfur, the authorities detained four members of the resistance committees in Yasin locality on Monday.

In El Gedaref, on Monday evening, the authorities released five detainees held during the November 21 Marches of the Millions, including members of resistance committees, a teacher and a member of the Salvation Initiative. One of them, Waliedin Abdelgadir, a member of the Resistance Committees, was severely beaten, which led to his serious injury, activists pointed out.

The court of El Obeid, capital of North Kordofan, acquitted 19 members of the resistance committees of the charges brought against them under the State of Emergency laws. Activist Mohamed Ahmed told Radio Dabanga that the court acquitted the members of the resistance committees who had been detained earlier when they were holding public speeches at markets to announce the November 17 Marches of the Millions.

He explained that the authorities detained about four activists in the department in a malicious report. He noted the continuation of the resistance committees in their nightly and propaganda parades and their preparations for the November 25 Marches of the Millions.

The Darfur Bar Association (DBA) reported that there are more than 250 detainees in police stations, detention centres and prisons in Khartoum, and many other detainees in the states.

During a meeting of its delegation with the head of the United Nations Integrated Transition Assistance Mission in Sudan (UNITAMS), Volker Perthes, on Tuesday at his workplace, the DBA called for the international community to follow up on the conditions of detainees and to demand the immediate release of all detainees.

The lawyers explained that the failure to hold the perpetrators accountable for the killing of peaceful demonstrators encouraged the widespread phenomenon of systematic killing and impunity.

The DBA warned that the current coup scene may be repeated after the end of the second transitional period. "The partnership balance is currently imbalanced in favour of the military component, which is devoted to disrupting the democratic transition." The Association called for the continuation of international oversight and measures on the status quo to secure the democratic transition in Sudan and to protect civilians.

Lawyers organised a demonstration on Tuesday in front of the Supreme Court in Khartoum to protest against the killing of demonstrators and the urgent demand for retribution and the rejection of military coups. The participants in the demonstration chanted slogans calling for the immediate release of the detainees. Others denounced the military coup. It demands the lifting of the State of Emergency.

Zain telecommunications company employees carried out a protest vigil in response to the call of the Information and Communications Technology Syndicate, rejecting the military coup and denouncing the blocking of social networking sites.

The Khartoum Resistance Committees announced that the agreement between El Burhan and Hamdok does not concern them in anything and affirmed their adherence to their firm position that there is no negotiation, no partnership, no bargaining.

In a statement, the Khartoum Resistance Committees called on the masses of the Sudanese people to come out on November 25 "in honour of the martyrs" and for "the overthrow of the military and civilian coup d'état". The Committees will publish the tracks of the Marches of the Millions through its field committees in the neighbourhoods.

The Khartoum Resistance Committees called on the masses of Sudanese abroad to demonstrate in front of embassies and international bodies, in refusal to legitimise the coup and affirming the Sudanese's rejection of any international support provided to the coup plotters.

In a press statement after the Central Council's meeting on Monday, the FFC reiterated their rejection of the agreement as a response to the goals and pacts of the December revolution.

The Sudanese Professionals Association said that the El Burhan-Hamdok agreement means accepting the guardianship of the Military Council over the political process. The move is considered a serious setback, and "could lead to a new coup".