South Sudan: Nation at High Risk of Hunger, Disease Due to Extreme Flooding 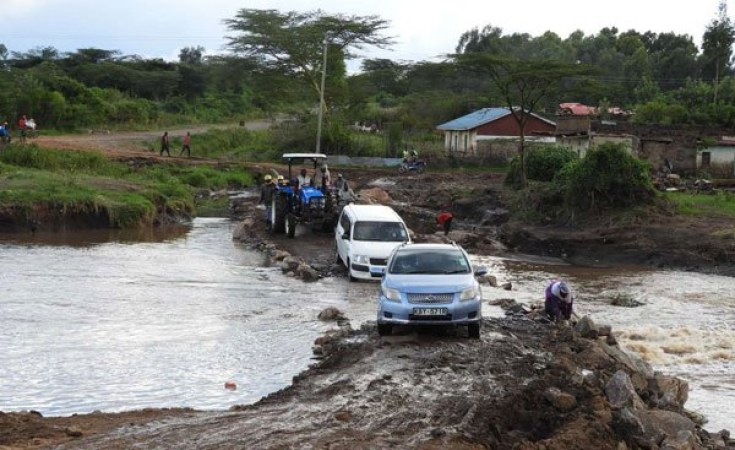 South Sudan is staring at a catastrophic humanitarian crisis as extreme floods hit the country for the third consecutive year.

Humanitarian agencies are warning that the situation is threatening to cause an outbreak of waterborne diseases and malaria, and lead to food insecurity and malnutrition among the 11 million population that is currently in dire need of assistance.

Since May this year, flooding has hit eight of the 10 states, with Jonglei, Unity, Northern Bahr el Ghazal and Upper Nile being the worst affected.

While water levels in many areas are still on the rise, the weather forecasts indicate more rain to come.

Doctors without Borders (MSF) notes that this year's floods have hit the people in Bentiu, the capital of Unity State, the hardest, while over 800,000 people across the country have been affected.

In the surrounding villages and counties of Guit and Nhyaldu, an estimated 32,000 people have fled rising floodwaters and are now living in four makeshift camps in Bentiu town.

Meanwhile, the number of people in Bentiu internally displaced persons' camp (formerly a Protection of Civilians site) has grown by 12,000 in just a couple of months, and now holds at least 120,000 people, with thousands more likely to have arrived in the past weeks.

"When the floods came it destroyed everything. We had to leave our house. Now we are suffering because we don't have the essentials like plastic sheets, clean water, enough food," says Johnson Gailuak, a 28-year-old man who was displaced by the floods.

"My wish for the future is that the water levels subside so that people can go back to their homes and for my family to have enough food," he adds.

The medical humanitarian organisation says the influx of people in Bentiu camp has stretched its hospital's capacity beyond its limits.

Consequently, the hospital has added 45 extra beds to its existing 135 including converting a meeting room as well as the remaining isolation space into outpatient departments and a paediatric ward to accommodate the surge in patients.

MSF's emergency medical manager Jacob Goldberg says their teams were in November forced to attend to an average of 180 patients per day, majority children under the age of five suffering from malaria, respiratory tract infections and malnutrition.

"With the hospital completely full, if there is a large outbreak of an infectious or waterborne disease, we won't have enough space or capacity to properly respond," says Goldberg.

An ongoing hepatitis E outbreak further threatens to worsen the situation with 36 cases reported from the camp and the surrounding area over just one week in November. In October, the death toll had risen to five.

On Monday, the UN Office for the Coordination of Humanitarian Affairs (OCHA) allocated $13 million from the Central Emergency Response Fund for urgent response to large-scale flooding in South Sudan.

The agency said some 809,000 people have been directly affected by massive flooding in many parts of the country which has been worsened by an escalation of violence in some areas such as Tambura.

The government of South Sudan has allocated $10 million to flood response efforts as local states support efforts to build resilience with the installation of pumps to drain flood waters and building dikes.

Agencies are calling on more support to alleviate further human suffering compounded by effects of years of conflict and the Covid-19 pandemic.

"With devastating flooding expected to continue as the climate crisis intensifies, UNHCR is calling on the international community to urgently assist affected communities to rebuild and protect people's lives and livelihoods," UNHCR said last month.