Nigeria Will Survive Its Challenges, Despite Escalating Grievances, Says Fitch 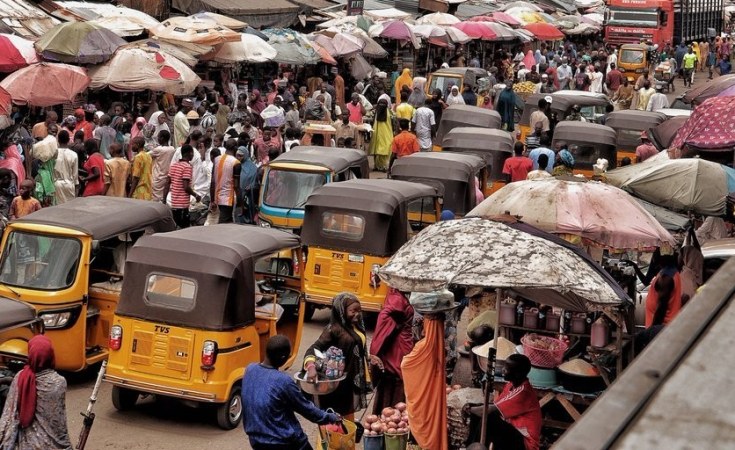 Institute for Security Studies
A market in Maiduguri.
This Day (Lagos)
By Obinna Chima

Notwithstanding threats posed by the Islamist insurgency in the north, clashes between Fulani herdsmen and pastoralists in the Middle Belt region as well as growing unrest in the South which have continued to threaten the country's existence, Nigeria will survive its challenges over the next decade even though they would weigh on its economic growth by deterring investment and impeding private consumption, the Fitch Solutions Group, an affiliate of global ratings agency, Fitch, has stated.

The UK-based organisation stated this in a report titled, "Nigeria Country Risk Report - Q1- 2022," which also included a 10-year forecast to 2030, obtained yesterday.

"Rising population levels, high unemployment and competition for diminishing resources in a period of slower economic growth will exacerbate ethnic and religious grievances in Nigeria over the next decade, and the country will continue to face security challenges on three major fronts.

"Our core view is that the Nigerian state will survive these interlocking challenges, although they will weigh on growth by deterring investment and impeding private consumption.

There is a downside risk, however, that ethno-religious divides will eventually lead to the break-up of the state. The next several years will be a major test for Nigeria, as the slow recovery following the Covid-19 pandemic deepens poverty and further erodes the government's ability to provide public goods. A weakened state may struggle to unite the diverse country, which has Africa's largest population.

"Nigeria already faces three clear security threats: the Islamist insurgency in the north, clashes between Fulani herdsmen and pastoralists in the Middle Belt region, and growing unrest in the south. Even so, our core view remains that the federal republic will still exist at the end of the decade. Democracy will become increasingly entrenched, and social unrest, while likely to increase, will remain contained to the sub-regional level," it predicted.

The report predicted that Nigeria's Gross Domestic Product (GDP) would grow by a modest 2.1 per cent in 2021, after contracting by an estimated 1.9 per cent; and accelerate to 2.8 per cent in 2022 on the back of stronger household spending, and increases in fixed investment and oil exports.

In addition, Fitch, in the report, disclosed that it had revised its forecast for Nigeria's 2021 budget deficit to 4.8 per cent of GDP, from 4.2 per cent, following the publication of official data indicating weaker federal government revenue than it had previously anticipated. It anticipated that the country's current account deficit would narrow slightly to 1.9 per cent of GDP in 2022, largely as a result of a further narrowing of the trade deficit.

Furthermore, the research firm predicted that in 2022, strengthening economic growth would provide the Central Bank of Nigeria (CBN) room to shift its focus to containing inflation and hiking the Monetary Policy Rate (MPR) by 100 basis points to 12.50 per cent.

It expressed doubt over the ability of the Nigerian government to implement major economic reforms ahead of the 2023 general election, saying campaigns ahead of political parties' election primaries would be the focus of attention between now and 2022.

The federal government had disclosed a plan to remove subsidy on petrol, which had been described as a major drain and waste on the economy, by May next year. The Petroleum Industry Act (PIA) recommended the removal of the controversial fuel subsidy, even as the World Bank and some other institutions had warned about the dire consequence of retaining the policy.

But Fitch, in the report, pointed out that, "Campaigning ahead of party primaries will shift political attention away from reforms in fourth quarter of 2021 and 2022."

It noted that although the President Muhammadu Buhari administration had made notable progress in 2021, particularly as regards simplifying the exchange rate regime and passing landmark oil sector reforms, further significant progress was unlikely this quarter and in 2022.

This is because politicians from the two major political parties - the ruling All Progressives Congress (APC) and the main opposition Peoples Democratic Party (PDP) - would focus on campaigning and mobilising support ahead of their primary elections, likely to be held in the second half of 2022, the report said.

The Fitch report stated, "In this context, progress on politically unpopular reforms, such the reduction of fuel and electricity subsidies, is unlikely in the coming quarters, and the resulting continued pressure on public finances will contribute to Nigeria posting large fiscal deficits in 2021 and 2022 (we forecast deficits of 4.8% and 4.5% of GDP respectively).

"Reflecting this, we have lowered the 'policy-making process' component score in our Short-Term Political Risk Index from 56.7 to 53.3 (scores out of 100; lower score indicates higher risk)."

Fitch Solutions further anticipated that campaigning ahead of Nigeria's presidential election in 2023 would dominate the political agenda in 2022.

Buhari would step down in 2023, as required by the Nigerian constitution, which limits presidents to two terms in office.

Fitch stated in the report, "In the coming quarters, we expect potential candidates from the two main parties - the ruling All Progressives Congress (APC) and the opposition Peoples Democratic Party (PDP) - and their supporters to ramp up preparations to secure their party's respective nominations for president and vice-president.

"Several major figures are already actively campaigning, although most have not officially declared their intention to run.

"For the APC, these include former Lagos State governor Bola Tinubu and current Vice President Yemi Osinbajo, while front-runners for the PDP include former president of the senate Bukola Saraki, and former vice president Atiku Abubakar."

Fitch also predicted that sub-national tensions would grow as political leaders seek to champion the interests of their core supporters with a view to strengthening their political positions. It noted that under Nigeria's long-standing custom of alternating between presidents from the predominantly Muslim North and the largely Christian South, a practice known locally as "zoning", the candidates both parties would choose to contest the presidency ought to come from one of Nigeria's southern states given that Buhari is a Muslim northerner. However, in late September an association of governors of northern states rejected the practice, claiming (according to media reports) that it contradicts the constitution.

The Fitch report said this position by the northern governors would likely exacerbate rifts with southern political leaders from both parties who believe that it would be their turn to control the presidency.

Adding to these tensions is a growing row over the rights of states to collect and retain funds from Value Added Tax (VAT), the report noted.

It said, "While wealthier southern states, notably Lagos and Rivers states, have introduced legislation to enable state-level agencies to collect and manage VAT revenue rather than the Federal Inland Revenue Service, this move has been fiercely opposed by the federal government and several northern states.

"The latter generally are poorer and would potentially see a fall in their VAT revenue, which under the current system effectively leads to southern states cross-subsidising northern ones.

"The stand-off has resulted in a lengthy legal dispute, and we expect that deteriorating relations between northern and southern political leaders will hamper coordination on key programmes, including rolling out the next phases of Nigeria's COVID-19 response."