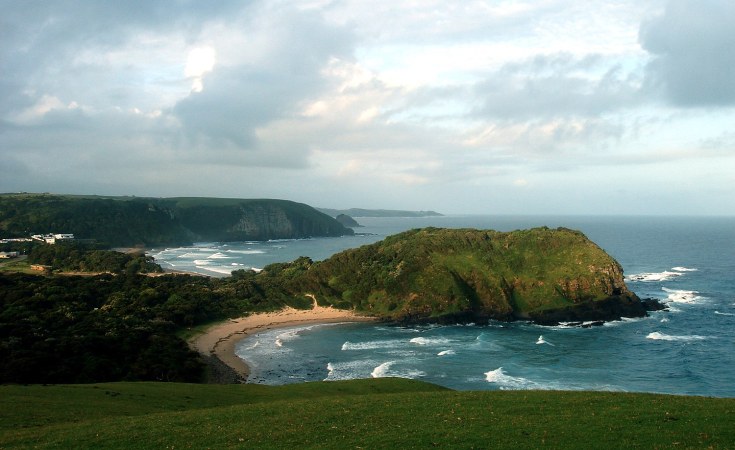 A 2014 government decision to grant oil giant Shell permission to pursue seismic scanning of an area situated over 20km off the Eastern Cape coast has resulted in a cascade of opposition that lasted more than seven years. The latest stand against the oil giant's plan of using high-decibel airguns to map potential oil and natural gas deposits saw environmentalists protest the arrival of the 130m-long seismic blasting vessel, the Amazon Warrior, at Cape Town Harbour. While Shell claims to be operating within the bounds of the law, due to its stakeholder consultation process as part of the Environmental Management Programme during 2013 and passing an Environmental Compliance audit, a case can be made that a '"loophole" has been exploited by the petroleum corporation.

Aaniyah Omardien is an environmental activist and the founder and Director of the Beach Co-op, a non-profit organisation created in 2015 after a group of volunteers gathered at Surfers Corner in Muizenberg to clean plastic waste along the shoreline. allAfrica's André van Wyk posed several questions to Omardien to better determine what Shell's seismic scanning may lead to and what the public may be able to do to assist protection efforts.

What is the worst case scenario for the coastline's environment if Shell's seismic scanning isn't stopped? Also, is there anything specific about the area that makes it environmentally important or unique that could be shared?

While I agree it's an environmentally significant site - it's on the east coast of South Africa, there are marine protected areas (MPAs) both along the coastline and offshore that are close to the area they will be testing. This is an area where we have various fish stocks spawning, we have whales resident in this area, dolphins, so any animals that have lungs in particular will be affected. So from an environmental perspective, yes, it is a site that will be affected but at the same time there are many communities that reside and live along the coastline.

Small-scale fishers in particular that will be affected because their livelihoods are reliant on fish stocks which will be affected by the seismic scanning of this area so that needs to be considered. The area that will be scanned - they received the environmental impact assessment (EIA) for that in 2014 I think it is and that's seven years ago and the small-scale fishers received their rights in 2019 and so their voices and their concerns have not been included in the EIA that was approved in 2014. This is a major loophole that needs to be addressed and I feel that their voices have not been heard.

What can citizens do to help prevent the planned seismic scanning?

Then, as far as the *CGG survey, it's further south, there's still opportunity for people to comment by the 27th of November and in so doing arrest the process of scanning going ahead. There have been various protests that have happened along the coastline, and are happening. I would say attend those. Another way is to boycott Shell in particular and to not get any petrol from Shell petrol stations so that's another way citizens can get involved.

The environmental ministry reportedly has no say over Shell's permission to perform seismic scanning since it was granted by the mineral resources and energy department in 2013. Do you think it's necessary/possible for higher government to intervene and re-evaluate the situation?

I do think it's necessary and possible for higher government to intervene, especially given that the Environmental Impact Assessment was conducted in 2014. We've learned so much in the last seven years, I think there's a lot more research on the effects of seismic scanning. In that time we've had offshore Marine Protected Areas proclaimed in that area or close by to that area so the science is improved and, like I've mentioned earlier, small scale fishers only received their rights in 2019 and their voices haven't been heard so another environmental impact most definitely needs to be performed before any surveys go ahead. That is my view.

And then lastly, we're very concerned, and rightfully so, about the environmental issues and conservation issues but just as important is the deep, sacred nature of our ocean. The notion of our ocean being a sacred site where our ancestors reside and this is work that's being led by the One Ocean Hub and the Coastal Justice Network. Dylan McGarry and Taryn Pereira are working very closely with the small-scale fishers and communities along our coastline and what we're learning is that it's a heritage site, in fact. The belief is that our ancestors reside there and to go and disturb and upset a sacred site would most definitely be inappropriate.

The stand against seismic scanning

According to the Journal of the Acoustical Society of America, seismic airguns generate intense underwater pulses that could cause marine mammal hearing impairment and/or behavioral disturbances. An airgun array can produce noise levels of up to 230 decibels.

Multiple individuals and non-profit organisations have echoed Omardien's concern about the survey's potential impact on the livelihood of small-scale fishing communities. "Eastern Cape fishing communities have fought for decades to be recognised and to be granted fishing rights, only to see their natural resources being sold off in the name of extractive profit-making," said Carmen Mannarino, programme manager of the Masifundise Development Trust. Similarly, Coastal Links Eastern Cape chairperson Ntsindiso Nongcavu voiced the concern of the Port St. Johns' fishing community. "This will kill our businesses because you can't open a mine where there is fishing. Our government does not want to listen to the people and ask what kind of a development they need in that area; instead they are being used by businesses," Nongcavu said.

In addition, a Change.org petition by non-profit organisation Oceans Not Oil has as of 24 November 2021 garnered more than 230,000 signatures.

*An acronym for Compagnie Générale de Géophysique, CGG is a French-based geophysical services company founded in 1931. The multinational applied to explore the area from Gqeberha to Plettenberg Bay in the Eastern Cape.