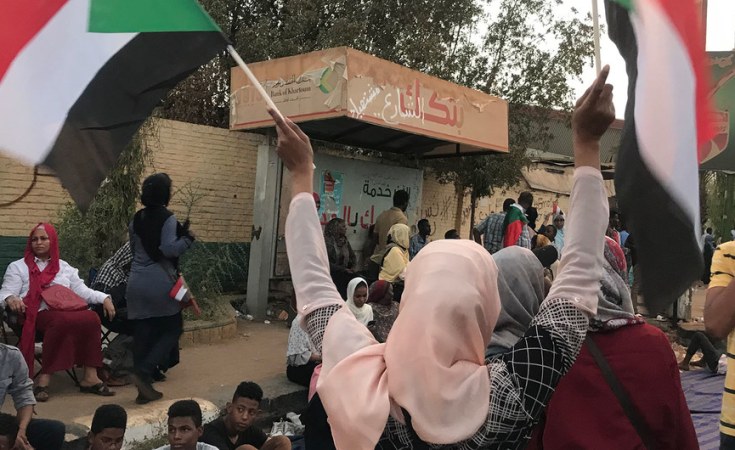 Khartoum — The number of people killed since the military junta seized power in a coup d'état on October 25, has risen to 42, according to the latest update by the Central Committee of Sudanese Doctors (CCSD). In a statement yesterday, the committee announced that El Tayeb Nasir (21), died from two bullets to the head, sustained during the November 21 Marches of the Millions, while the political agreement was being signed by Gen Abdelfattah El Burhan and Sudan's Prime Minister Abdallah Hamdok in Sunday.

At a press conference in Khartoum, Mohamed El Mukhtar, the political secretary of the Communist Party of Sudan, called for an international commission of inquiry into the killing of demonstrators after the coup, unless police were able to publish their investigation within two weeks.

El Mukhtar also called for prominent lawyer and human rights defender Nabil Adib to step down from the presidency of the sit-in dispersal committee, after agreeing to participate in the mediation between El Burhan and Hamdok, because the impartiality condition was compromised. He said it should be transferred to an international investigation committee.

After an emergency meeting held on Tuesday, the National Umma Party (NUP) demanded the formation of an international investigation committee into the killings that occurred after the October 25 coup. The NUP also demanded the unconditional release of all political detainees.

The new Sovereignty Council, convened after the coup to exclude several opposition FCC members, said that in its meeting on Tuesday, that the "events that took place on November 13 and 17 were discussed with the aim of investigating and arriving at the facts as soon as possible and knowing those responsible for the killings, injuries and inciting violence."

Tagged:
Copyright © 2021 Dabanga. All rights reserved. Distributed by AllAfrica Global Media (allAfrica.com). To contact the copyright holder directly for corrections — or for permission to republish or make other authorized use of this material, click here.