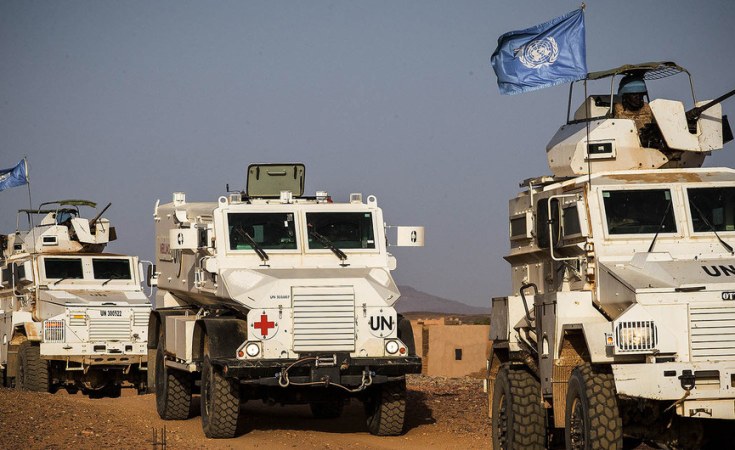 Government and the international community are fighting tooth and nail to bring long-lasting peace in the country.

Several years ago, Burkina Faso was praised for its political stability especially after the country was spared from the dreadful consequences of the Libyan civil war in 2011. In recent years, and particularly after 2015, security concerns have gained international attention. Issues linked to organized crime, religious extremism and guerrillas in the landlocked country have resurfaced in the last decade, fusing together social conflicts and international jihadist organizations from neighboring countries. Two major factors have contributed to a sudden increase in violence and instability in the Sahel region; the disintegration of the Libyan state in 2011 attracted and stirred up violent religious extremism in southern Algeria, Niger, Mali and Mauritania. The Malian civil war of 2012 and latent insecurity still play a massive role in catalyzing conflict.

Mali's situation is key to understanding the instability in Burkina Faso. The Tuareg rebellion in 2012 and the subsequent rise in power of Al-Qaeda in the Islamic Maghreb (AQIM) in the northernmost provinces of Mali paved the way for the spread of religious extremism in the whole region. Terrorists from AQIM have flooded into multiple regions of the countries, trafficking weapons, drugs and human beings. It is not a coincidence that most of the violent attacks in the Sahel stem from the so-called "three-border zone," the area between Burkina Faso, Mali and Niger where ethnic tension is stirred up by frustration and poverty. While today most of the security issues are traceable to religious extremism, most of the region's jihadist groups have grown out of insurgent movements that are ethnically or regionally based.

While sporadic ambushes began in 2015, a series of attacks carried out in the capital Ouagadougou between 2016 and 2018 and claimed by al-Qaeda in the Islamic Maghreb drew international attention. This was in the Provinces of Soum and Oudalan despite international initiatives seeking to eradicate violent groups. Consequently, the threat expanded throughout the north of the country along its 1,325km border with Mali, encompassing even western Provinces such as Kenedougou, Kossi and Yatenga.

Today, jihadist organizations operate in Burkina Faso with baffling ease and have more ambitious targets than ever before. The most worrisome aspect of this growth is the sudden change in targets: prior to 2018, attacks focused mostly on the military and on international staff; today, the main targets are civilians. Despite increasing counter terrorism operations in the Sahel, jihad extremism is proving more agile, producing catastrophic results such as a sevenfold rise in deaths in Burkina Faso between 2018 and 2019. In the last three years alone, hundreds of victims died in terror attacks, some of which were carried out by child soldiers as young as 12 years old. According to the United Nations High Commissioner for Refugees, more than 1.4 million Burkinabe have been driven from their homes over the past two years.

Nevertheless, in response to the growing attacks in 2018, the government of President, Roch Marc Christian Kabore declared a state of emergency in 14 of the 45 provinces of Burkina Faso. This measure concretely delivered extensive powers to military forces, including the establishment of curfews, limitations to personal freedom and warrants to search houses.

At the international level, the Burkinabe government also partners with neighboring countries to improve security across the region; the country is, in fact, part of the G5 Sahel, a formal and cooperative alliance between Mali, Burkina Faso, Mauritania, Niger and Chad that also operates a joint military force. The G5 Sahel is backed by the international community and by international efforts to halt cross-country terrorism. It has received the support from the African Union, the United Nations Security Council, France and the United States, which also finance the joint military force. This is of great importance to the Burkinabe government since adequate training was deemed the single most improvable area for counter terrorism efforts.

Tagged:
Copyright © 2021 Cameroon Tribune. All rights reserved. Distributed by AllAfrica Global Media (allAfrica.com). To contact the copyright holder directly for corrections — or for permission to republish or make other authorized use of this material, click here.