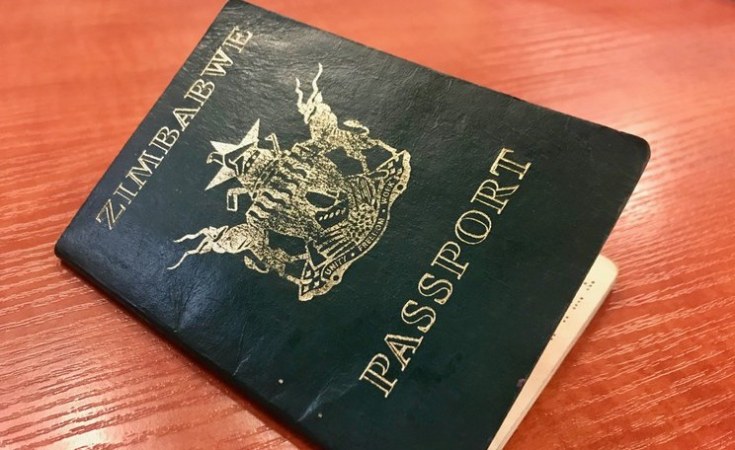 While the Zimbabwe government reviewed passport fees in April, corrupt officials at the Registrar General's office have allegedly continued to extort applicants for new passports by charging them above the official rate, while diverting thousands of dollars into their own pockets.

Under the new fee structure an ordinary passport is pegged at US$60, while the one issued within three days costs US$200 with the emergency document being priced at US$318.

An investigation by 263Chat has exposed the corrupt practices through which some registry officials, working in cahoots with touts and vendors working outside the offices and some security guards, frustrate passport applicants, thus forcing them into what have become mandatory bribes.

"If you want to submit your passport application you need to spend the night here or come as early as 3 am but if you are aware that you don't make it, I can refer you to someone who can assist you as long as you are prepared to pay an extra fee of between US$180 and US$200," said one security guard

While some applicants brave the long nights while sleeping in queues at the Harare Passport Office, many are going for the expensive route of paying touts who refer them to the provincial registrar offices where they are directed to point persons for submission of application forms.

"The deals can also be processed in Chinhoyi or Bindura depending on where the client wants," said the guard. "Some of the middlemen have their contacts at the provincial offices. It is even faster outside Harare because of smaller crowds and there is not too many law enforcement officials,"

The operation is quite sophisticated. The touts start by vetting their 'prey' to avert any risk of being arrested either by the law enforcement agents or by members of the Zimbabwe Anti-Corruption Commission (ZACC) who are deployed at the offices.

A visit to the Bindura registrar's office revealed that most of passport seekers there are mostly from Harare. One long distance haulage truck driver, Onesmo Zimuto, explained how he managed to have his passport renewed.

"My passport had run out of pages," said Zimuto. "I had challenges renewing it in Harare because of the long queues. As I was about to give up when I was approached by one young man who referred me to this lady who works here. I submitted my papers on a Monday and on Thursday I collected my passport.

"I have since created a good working relationship with the lady. I am now processing this passport for my workmate whose passport is due to expire next month and is on duty in the Democratic Republic of Congo.

"On my passport I paid US$250 including the fee for the middlemen. Because of the cordial relationship now existing I have now paid US$180. I have been told she will call me once it is out probably Thursday or Friday."

Early this year, Home Affairs and Cultural Heritage Minister, Kazembe Kazembe, was quoted in the media as having said that the Government was about to institute investigations.

"During my tour of the Bindura Passport Office," said Kazembe, "I noticed that almost 90 percent of the people that were being assisted there had come from Harare. The queue was also moving very slowly and I couldn't understand what was going on. We are going to conduct our own investigations and I'm confident that we are going to apprehend those that are engaging in these nefarious activities."

Despite the threat of investigation money continues to change hands between citizens and the officials. Meanwhile members of the public have called on the Zimbabwe Anti-Corruption Commission (ZACC) to intervene.

Asked if ZACC had received reports on corruption at the Registrar General's office, ZACC spokesperson, Commissioner John Makamure said the commission carries investigations once there are complaints.

"We have not received such reports and we urge citizens to report such corrupt practices to ZACC so that the culprits can be swiftly apprehended," said Makamure. "Both those who demand and those who offer a bribe are guilty of a criminal offence."

Currently, the Registrar General's office is only issuing the emergency passport upon receipt of the US$318 fee. With only a paltry 100 applicants being served a day, desperate applicants are left with no option but to pay the higher fee.

A passport is arguably the most coveted official document one can hope to obtain as it is the gateway to the so called greener pastures outside the borders of Zimbabwe for many for thousands of citizens.

*This story is published under the Voluntary Media Council of Zimbabwe (VMCZ) Investigative Journalism Fund with support from the European Union.