South Africa: SANEF is Outraged at the Baseless Attack on SABC News Election Coverage and its Editor-in-Chief 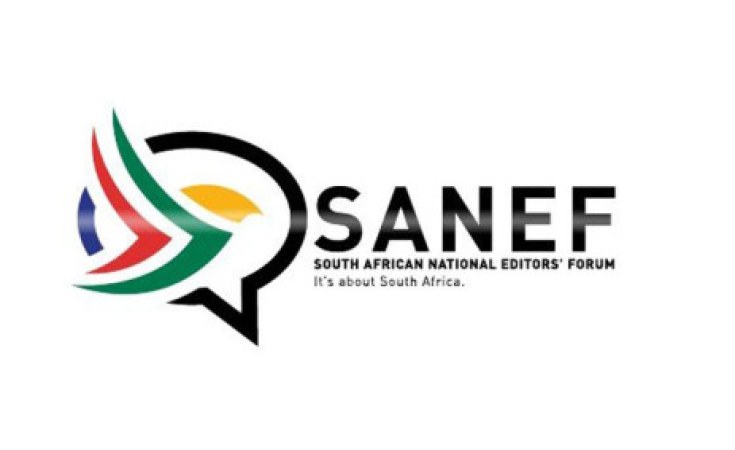 The South African National Editors’ Forum (SANEF) finds Transport Minister and ANC’s head of elections Fikile Mbalula’s attack on the SABC’s coverage of the November local government elections baseless and shameful. Mbalula has blamed the public broadcaster for the ANC’s dismal performance at the polls around the country saying the SABC never showed the good side of the ANC by focusing on negative service delivery issues in the municipalities the party ran.

Mbalula should immediately stop the personal attack on SABC Editor-in-Chief & Group Executive: SABC News & Current Affairs Ms Phatiswa Magopeni as we've found in the past that this encourages cyberbullying by party members and his followers on social media. According to Reporters without Borders (RSF) sexisms_toll_on_journalism Report; women journalists are exposed to alarming additional risks that range from discrimination, sexual harassment and cyber-harassment to rape threats, sexual attack, rape and even murder.

Addressing the International Press Institute Congress in Cape Town on 14 February 1994, South Africa’s statesman Nelson Mandela said: “No single person, no body of opinion, no political or religious doctrine, no political party or government can claim to have a monopoly on truth. For that reason, truth can be arrived at only through the untrammelled contest between and among competing opinions, in which as many viewpoints as possible are given a fair and equal hearing.”

Mbalula seems to hate the truth that came out of the SABC’s Service Delivery Gauge, a show that looked into the performance of municipalities in providing basic service delivery through the genuine voices and opinions of the general public. He reportedly said the show ruthlessly attacked the ANC and accused the SABC of running a “campaign” which led to South Africans deciding not to cast their votes on November 1. According to Mbalula, the show also put the ANC on the “back foot” as it focused only on the failures of ANC-led municipalities.

We believe that the SABC did its job when it gave the citizens of this country the voice to express their concerns about service delivery in their respective municipalities.

It appears Mbalula expected the SABC to gloss over poor performance of ANC-run councils and operate like an extended public relations machine of the ANC. This ought to be rejected. This would be a breach of its mandate as stipulated in chapter IV of the Broadcasting Act (as amended) which requires the SABC to encourage the development of South African expression by providing, in the official languages, a wide range of programming that:

Instead of being vilified, the minister, the ANC and all political parties and independent candidates should be commending the SABC for its outstanding coverage of local government elections with limited resources. The SABC ought to be shielded from such misplaced notions of sweetheart journalism.

Mbalula and any citizen should rather register their complaint with the BCCSA and Press Council instead of generalising so recklessly about the perception of bias.

We wish to remind the governing party that the freedom of the press is the most important wheel of democracy. Without a free press, a democracy cannot exist. The press is a great medium that conveys the truth to people. The press watches those in power to ensure they do not misuse it and it prevents and corrects abuses of power.

During these elections, the media in South Africa experienced harassment from authorities, attacks from politicians and even robberies from criminals while covering elections in many townships. We recognise and applaud the bravery of many journalists who soldiered on telling the stories of various communities despite the real danger including the atrocious pandemic.

History in African democracies led by liberation movements has taught us that the press is always the first institution to be attacked when a country’s leadership faces the uncomfortable truth of losing power and taking an anti-democratic turn. Repression of free media is a strong indication that other political rights and civil liberties are in danger. Assaults on media independence are frequently associated with power grabs by incumbent leaders as entrenched regimes attempt to crush perceived threats to their control.

Tagged:
Copyright © 2021 South African National Editors' Forum. All rights reserved. Distributed by AllAfrica Global Media (allAfrica.com). To contact the copyright holder directly for corrections — or for permission to republish or make other authorized use of this material, click here.