South Africa: Most People in Hospitals Are Unvaccinated, As Gauteng Enters the 4th Wave 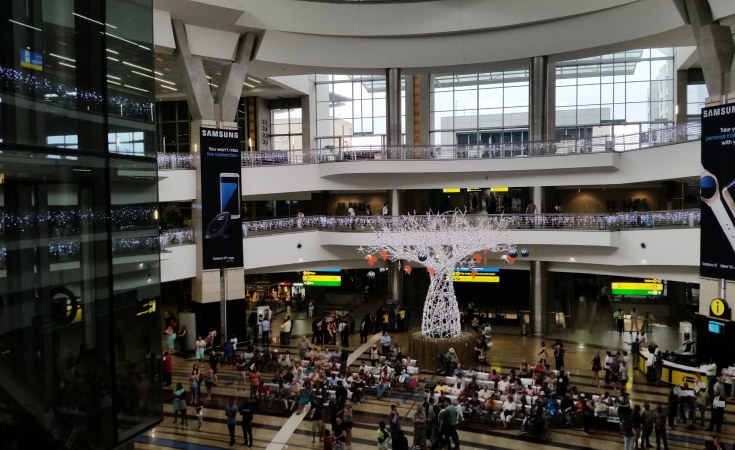 Gauteng continues to see continued high levels of COVID-19 cases and hospital admissions, as the fight against the Omicron variant begins.

According to Dr Waasila Jassat of the National Institute for Communicable Diseases, hospital admissions have mostly been recorded in Tshwane, in both the private and public sectors.

However, the other districts are also starting to show signs of the peak in those who land in hospital because of COVID-19 since the past week, with the unvaccinated more likely to seek hospital treatment or die.

"There's a sharp week on week increase. And it's important to note because as we know that when the hospitals become overwhelmed, there's less capacity and more mortality."

According to Jassat, who was speaking during a media briefing with Health Minister, Dr Joe Phaahla, the highest risk of admissions is still in the over 65 age group and has been peaking in all age groups over the last six weeks.

However, the percentage in the middle age group was low, while data shows that it was "very" high in young children.

"Of course, higher proportions of older people are being admitted, because they're at risk for more severe disease," she explained.

According to the data, the percentage of admissions with severe disease was higher in the older groups, while it hovers around 25% to 30% for those under 16s.

While there have been fewer deaths reported, she said the most fatalities have been in the older groups - 60 to 69 and over 80.

However, currently, in Tshwane, the proportion of patients presenting severe symptoms was low in the past weeks.

Jassat believes that other Gauteng districts and provinces need to start looking into surge preparedness.

"Interestingly also is that most admissions are unvaccinated individuals."

According to the NICD's data, 13% of these are vaccinated or partially vaccinated and 87% were unvaccinated who land in hospitals.

"And what we can see across the country is that there's a much higher risk of death amongst those that are unvaccinated," she explained.

However, she said it was unclear at this stage what proportion of admissions are related to the new variant and whether there was a more severe disease related to Omicron.

Jassat also raised concerns about the surge in paediatric admissions under two years since the start of the resurgence.

At this stage, she said the NICD was unsure if it was related to the current variant circulating at higher transmissibility, immunity gap with older people already vaccinated or younger people being more susceptible to contracting the virus.

"But what we do know is that vaccination of the adults around the children will not prevent the children from spreading as well."

She also highlighted that most of the patients who died in hospital during the second and third waves are those who were presenting very late.

"They were quite sick and they were dying within the first day or second day of being admitted."

She believes that the current resurgence requires more than hospital preparedness but community preparedness and early treatment.

"We've seen an increase in the number of cases in Gauteng and for all intents and purposes, Gauteng has entered the fourth wave."

She called on the public to be vigilant in terms of non-pharmaceutical interventions, mask-wearing, social distancing, and avoiding large gatherings.

The Omicron Variant - What Now for South Africa?