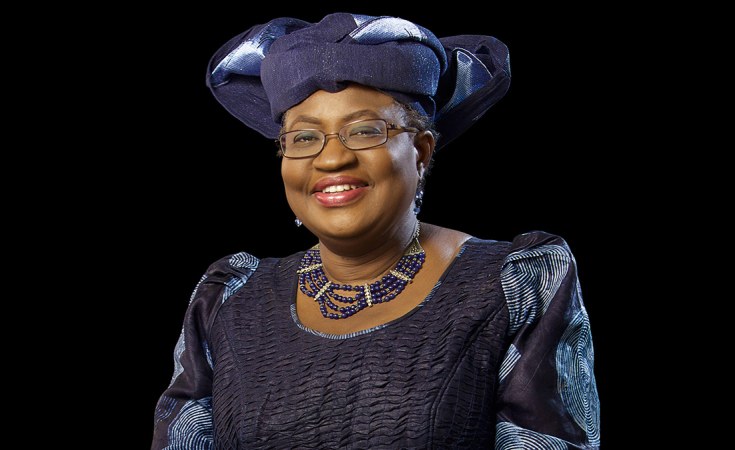 Hours after news about Covid-19 Omicron mutation hit the headlines, the World Trade Organization (WTO) announced it was postponing a crucial meeting set for 30th of November in Switzerland. WTO members were to discuss the Covid-19 pandemic.

"This has not been an easy recommendation to make," the group's head Ngozi Okonjo-Iweala said in a statement. "But as Director-General, my priority is the health and safety of all participants. It is better to err on the side of caution."

The decision is a heavy blow to efforts aimed at reaching equity in the distribution of Covid-vaccines and in particular removing barriers on intellectual property restrictions, so that developing countries have easier access to generic - and cheaper - jabs.

RFI's Jan van der Made talked to Mark Malloch-Brown, president of the Open Society Foundation and a former deputy UN secretary general under Kofi Annan. The interview was made hours before the decision to postpone the WTO meeting ,which was scheduled to take place from 30th of November to the 3rd of December, was taken.

There's a new aggressive COVID-19 mutation that is now spreading from Botswana and Africa. To what extent can this be attributed to the fact that Botswana and other African countries, for that matter, have less access to vaccines?

Very significantly is the short answer. The case that people like myself have been making for vaccinating the world is not just a moral case, it's a public health security case. And this shows the dangers of uneven vaccination rates.

So this is a very concerning development.

The World Trade Organization (WTO) was going to meet on issues like the so-called "TRIPS" waiver ("Trade Related Aspects of Intellectual Property Rights") to amend rules so that countries can get rid of intellectual property barriers that hinder the supply of COVID-19 vaccines. The process was initialised by a "communication" from India and South Africa to the WTO in October 2020, so almost a year after the virus was first spotted. Whenever the WTO reconvenes and member states finally agree on the TRIPS waiver, what will we see then?

Sadly, I don't think it is going to be passed. The WTO operates on a consensus rule and it's unlikely that it will achieve that consensus. The people who will not support it will argue that it discourages R&D of new vaccines, that it discourages sharing manufacturing with developing countries because the intellectual property (IP) is no longer protected.

But the counter argument is that the Western pharmaceutical industry needs a real kick to start providing vaccines at affordable prices in enough quantity for the developing world.

And the threat that there will be a TRIPS waiver if they don't is to address precisely this kind of situation of a public health security crisis. It would have been a very powerful stick to move the pharma industry forward.

Fewer than 1% of vaccines used in Africa are produced locally. The international community has a moral and practical obligation to support efforts to build manufacturing capacity across Africa and in low-income countries globally. #PeoplesVaccine https://t.co/PTU0XYFA8N -- Mark Malloch Brown (@malloch_brown) November 29, 2021

The WTO-IMF Covid-19 Vaccine Trade Tracker, published periodically on the WTO website, shows that in terms of imported vaccines, Africa gets 22.3 doses for 100 people. This is considerably more than the six percent vaccination rate cited by the WHO, even if people get double doses. What explains the difference?

Partly it is that the levels of delivery are now accelerating, and in the first half of next year, the problem is not going to be an absolute supply problem, but rather the financing of the distribution and the logistics chains to back that distribution.

In Africa, there is a fair amount of wastage of vaccines, and of vaccine hesitancy, around certain kinds of doses.

For example, AstraZeneca, which was an incredibly affordable, useful dose at the beginning of the pandemic, has gotten quite a lot of pushback lately, with worries that it's a second class dose.

The Chinese and Russian doses have shown high rates of ineffectiveness. So the trio everyone is looking for at the moment are from Johnson and Johnson, Pfizer, or Moderna.

Those are the ones which will increase production next year. They are only a small portion of those statistics you mentioned. So at the moment there's some extra dosage, but it's not the right dosage in the right place with the right support to deliver it into the arms of people on the continent.

A World Bank blog from August 2021 also mentions that low vaccination rates in Africa are not only caused because of lack of supply but also because of hesitancy among the population, afraid of "side effects, safety and effectiveness." What can be done to address that problem?

It needs strong public health campaigning and a strong, transparent indication that there are no side effects, no illness. Africa has had serious outbreaks of communicable diseases before and there has been a lot of myth and scaremongering around this.

In the case of South Africa, there was the horrendous HIV epidemic of 20 years ago, and there was the Ebola in West Africa. And while the history of those illnesses made many of these countries quick to respond to the COVID crisis, it has left quite a lot of psychological scarring in populations.

When they then hear the debate in Western countries about vaccine hesitancy, with some saying some aren't as good as others, it creates a hall of mirrors, myths, confusion and fake news, which is very damaging.

More and more countries are putting barriers on travel from, and to, Africa. What effect will that have?

This does real economic damage. Africans need to look at this through the lens of public health risk and the lends of economic risk of getting partitioned out of the global economy. [This is] because too many people involved in international trade and investment may decide the risk of going to Africa, South Africa or elsewhere, is too high. So the real knock-on effects of this that need to be addressed.

By and large, Big Pharma is probably not too happy with the concept of a possible TRIPS waiver. What legal tools do vaccine producers have to block the process if it's approved?

The core difficulty is not the legal one. It's the manufacturing complexity of mRNA vaccines. If those vaccine manufacturers simply refuse to cooperate, it's going to be very difficult to to set up manufacturing of Moderna vaccines on the continent.

Take for example what happened around HIV/Aids, when I was the UN Deputy at the time to Kofi Annan. I watched him apply a smart mix of threat and blandishments to get Big Pharma around the table and to agree to licensing arrangements. This allowed the manufacture, or the provision of these drugs at something much closer to the marginal cost.

So we saw, without ultimately having a TRIPS waiver, the price of HIV treatments dropping from thousands of dollars a year to the low hundreds, over a five year period. And I think we need to see the same from leaders today.