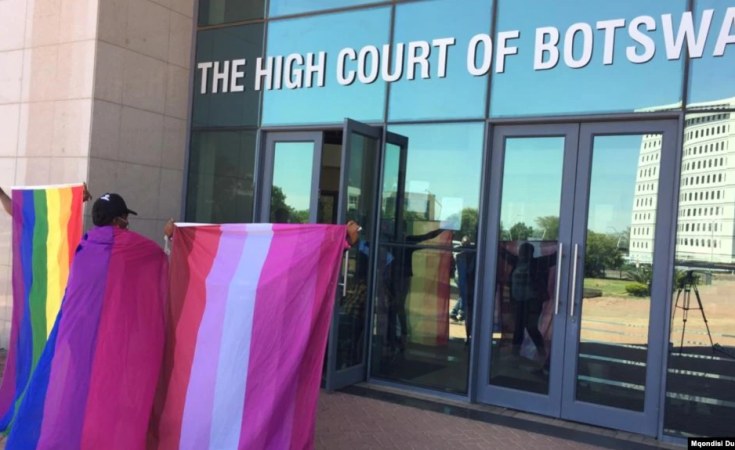 Gaborone, Botswana — Botswana's government has lost a bid to overturn a 2019 court ruling that decriminalized same-sex relations. Human rights groups have welcomed the decision, saying it opens the door to challenge what they say are other discriminatory laws in Botswana.

The five judges on Botswana's Court of Appeal were unanimous in upholding the June 2019 landmark decision which recognized homosexuality.

He said the offending sections of the penal code have outlived their usefulness and only serve to encourage law enforcement agents to become keyhole peepers and intrude into the private space of citizens.

The government wanted the 2019 court ruling overturned, arguing that the majority of people in the country did not agree with it.

Representing the LGBTQ community, lawyer Tshiamo Rantao said the matter has been finally laid to rest.

"It is indeed a great victory for the nation, for the lovers of human rights, for my clients. It is a decision of the highest court that will reverberate around the world. It did not have its impact [only] in Botswana but all over the world because the issues before the court were not just local but universal issues. It is a victory that will live with us as a nation for many, many years to come," said the lawyer.

"What is quite interesting and evident is that Botswana needs to realize even more the importance of adhering or understanding human rights first. Specifically to today's judgment, I am quite excited because I believe this judgement has not only challenged us as a people in Botswana, but has also challenged leadership from an engagement perspective, and even from a policy standpoint," said Moruti.

Moruti said the judgement will spur them to challenge what they say are other discriminatory sections of Botswana's laws.

"We are continuing with the war. From an organization standpoint, there are legislations or litigations opportunities that we have identified and we are working around the clock to ensure that after this we look at what is next," said Moruti.

The Southern African Litigation Center executive director, Anna Mmolai-Chalmers, said the court victory is not just for the LGBTQ community, but all vulnerable groups.

"What it [the judgement] does as well is, [it has] given the activists the tool to talk to the public to change public opinion, to talk to traditional and religious leaders. There are a lot of human rights clauses that also talk to persons with disabilities, to use the case, because it is not just for LGBTQ, it's for a whole vulnerable community," she said.

Under the previous law, those caught engaging in same-sex activities faced up to seven years in imprisonment.