Africa: One in Eight Children Found At Risk of Becoming Child Soldiers 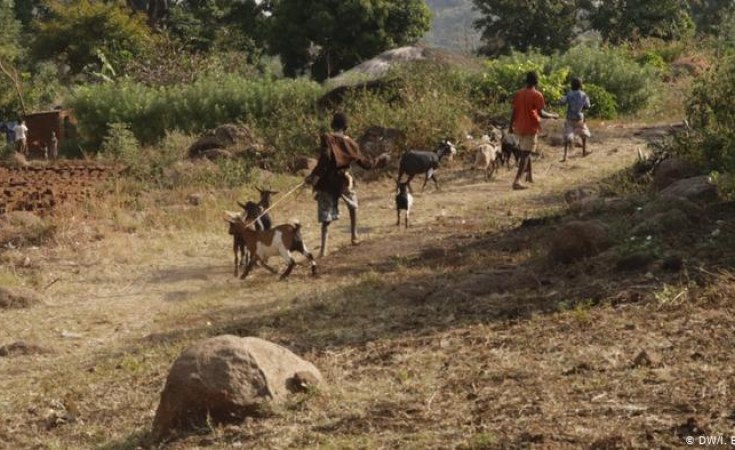 Nov 30 (Thomson Reuters Foundation) - One in eight of the world's children - more than 300 million - live in conflict zones where they are at risk of becoming child soldiers, a charity warned on Tuesday, saying boosting school access was vital in fighting forced recruitment.

The United Nations called for a global ceasefire last year to help fight COVID-19, but armed groups have continued fighting in countries including Afghanistan, the Democratic Republic of Congo, Nigeria and Yemen.

Tuesday's report by charity Save the Children said that during 2020 some 337 million children were living near armed groups and government forces that recruit children.

"It's simply horrifying that in the shadow of COVID-19 and the U.N.'s call for a global ceasefire, more children than ever before are caught in the crosshairs of the deadliest war zones ... and more likely to be injured, recruited or killed," said Inger Ashing, Save the Children International's chief executive.

The exact number of child soldiers is unknown, but in 2020 more than 8,500 children were recruited and used as fighters or in other roles by mostly non-state armed groups, according to U.N. data, a 10% increase from the previous year.

That number is likely to be only a fraction of actual cases, the charity's report said.

"Millions of children have known nothing but war with appalling consequences for their mental health, ability to go to school, or access to life-saving services. This is a stain on the international community," Ashing added in a statement.

The forced recruitment of children for use in armed conflict is considered one of the worst forms of child labour, alongside abuses such as trafficking for sexual exploitation, according to the U.N. International Labour Organization (ILO).

Children are more vulnerable to recruitment as fighters or in roles such as cooks or for sexual exploitation if they are poor or not able to attend school.

Girls, who made up 15% of U.N.-reported cases of recruitment in 2020, often act as spies or suicide bombers and are especially at risk of abuse, according to Save the Children.

The report laid out recommendations for stopping "this war on children" including holding perpetrators of grave violations to account and ensuring access to education to protect children from forced recruitment.

U.N. Special Representative for Children and Armed Conflict Virginia Gamba said earlier this month in a joint statement with the ILO and charity War Child UK that governments must put the needs of children at the centre of COVID-19 recovery plans.

She highlighted the need to put in place child reintegration programmes and support community-led initiatives and organizations working at the frontline.

"Many reintegration programmes today only receive funding for 12 months or even less, a period far too short when it comes to building resilience and community action," Olsson said, urging states and donors to "prioritise this critical work".

Reporting by Emeline Wuilbercq in Johannesburg; Editing by Helen Popper.