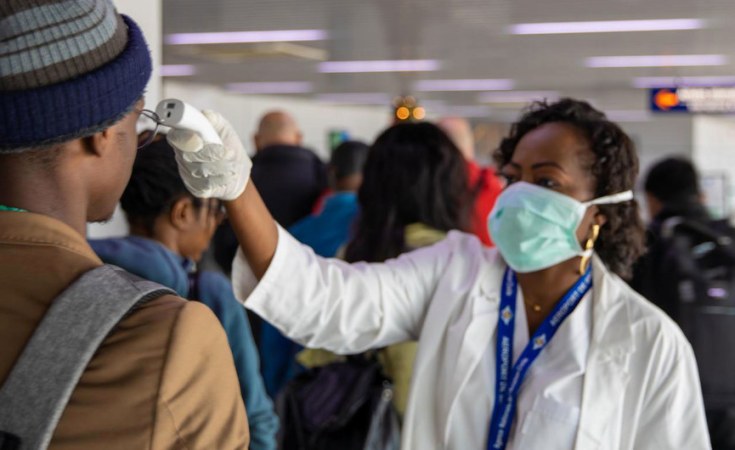 New evidence has revealed that the omicron variant of the coronavirus was already present in western Europe well before the first cases were officially identified in southern Africa.

Authorities in the Netherlands said Tuesday that it detected the variant in test samples as early as November 19 -- a full week before the positive cases detected last Friday among passengers who arrived in Amsterdam on a flight from South Africa.

Health officials in Japan and France also confirmed their first cases of omicron on Tuesday, joining a growing list of nations including Britain, Canada, Scotland, Australia, Austria, Spain and Sweden.

The emergence and rapid spread of omicron has prompted Stephane Bancel, the chief executive of pharmaceutical giant Moderna, to warn Tuesday in an interview with The Financial Times that the world’s existing COVID-19 vaccines may be less effective against the new variant compared to delta and other earlier variants.

Bancel’s prediction of a “material drop” in the effectiveness of the vaccines -- including the one developed by Moderna -- sent global financial markets plummeting Tuesday, with Tokyo’s Nikkei losing 1.5%, crude oil futures plunging more than 3% percent, and U.S stock futures losing between one-half and one percent.

But scientists at the University of Oxford, which developed a two-dose vaccine in collaboration with drugmaker AstraZeneca, issued a statement Tuesday saying the current vaccines “have continued to provide very high levels of protection against severe disease and there is no evidence so far that omicron is any different.” The statement also said if necessary, it has the “tools and processes in place for rapid development of an updated COVID-19 vaccine.”

Emer Cooke, the head of the European Medicines Agency, the drug regulator for the European Union, also attempted to sound a note of reassurance Tuesday, telling EU lawmakers in Brussels that the current vaccines are still able to deal with the omicron variant, but if need be, it will take up to four months to have new versions approved for use in the 27-nation bloc.

Tuesday’s mixed messages come a day after Tedros Adhanom Ghebreyesus, the director of the World Health Organization, told a special session of the World Health Assembly in Geneva, “This pestilence – one that we can prevent, detect and treat – continues to cast a long shadow over the world.”

“Omicron’s very emergence is another reminder that although many of us might think we are done with COVID-19, it is not done with us,” Tedros said. “We are living through a cycle of panic and neglect. Hard-won gains could vanish in an instant. Our most immediate task, therefore, is to end this pandemic.”

The WHO said the overall global risk related to the omicron variant “is assessed as very high" although no deaths have been linked to it.

The threat of the variant prompted both the United States and Britain to recommend Monday that all adults get COVID-19 booster shots.

In the United States, the Centers for Disease Control and Prevention had previously approved booster shots for all adults but only recommended them for those age 50 and older or those who were at high risk for the disease.

Britain’s government expanded booster eligibility to people between the ages of 18 and 39 after previously offering it only to those over 40 or at high risk for the disease.

Poland and Japan became the latest countries Monday to announce travel bans because of the variant. Poland said it was suspending flights to seven southern African countries while Japan said it would suspend entry of all foreign visitors beginning Tuesday.

Israel and Morocco have also closed their borders to all foreign visitors. Other countries, including the United States, Canada, Brazil and some European Union nations, have barred or limited travelers from Africa’s southern region.

U.N. Secretary-General Antonio Guterres said he was “deeply concerned about the isolation of southern African countries” due to the travel restrictions.

South African President Cyril Ramaphosa said his country was “deeply disappointed” by the travel bans. “These restrictions are completely unjustified and unfairly discriminate against our country and our southern African sister countries,” the South African leader said in a televised address Sunday.

Dr. Unben Pillay, a South African general practitioner in the heavily hit Gauteng province, told the Associated Press that the sharp increase in new COVID-19 cases attributed to the omicron variant of the coronavirus is resulting in mostly mild symptoms. He said that most people are being treated at home and that those who are vaccinated are faring better than those who are not.

Some information in this report came from Reuters and the Associated Press.

Omicron - Which Countries Have Closed Their Borders?