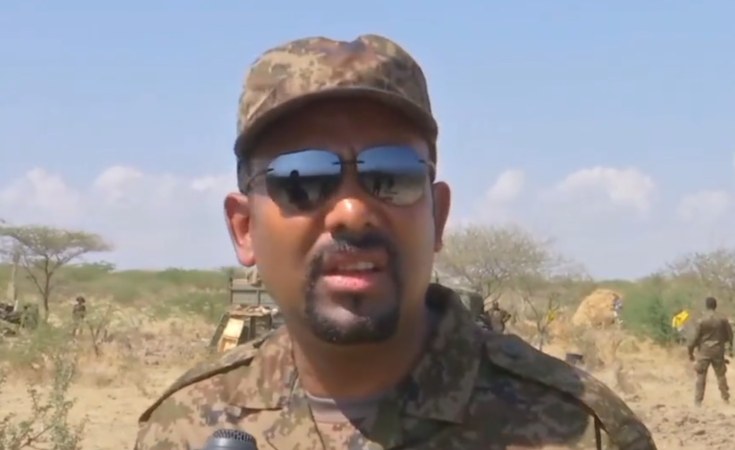 Abiy Ahmed Ali/Twitter
A post on the Twitter account of Ethiopian Prime Minister Abiy Ahmed indicated that he was on the front lines of the fighting against Tigrayan forces.
Addis Standard (Addis Ababa)

Addis Abeba — Prime Minister Abiy called on TPLF fighters to surrender peacefully and save themselves. In a televised broadcast, the PM said, "We have completed devising a plan to exterminate the enemy," adding, "The enemy has been defeated." Abiy went on to address TPLF fighters who he said are engaged in fighting without knowledge of the area's landscape and a clear direction and asked them to surrender to government forces as soon as possible. "The Tigrayan youth who was coaxed into this aimless fighting and dying in masses should understand that the war is over," he said.

The PM disclosed that he discussed with the army the 'the last plan' of one of the fronts he is currently spearheading. He also explained that the army will move on to the offensive, "We are ready, the military and its leadership are ready." The PM vowed to complete the war in a short time and with minimal sacrifice.

Abiy assured the preparedness of the military who he said is in high spirits, "What we want is national unity, peace and development, we were forced into this war but victory is inevitable." He also reminded citizens of the sacrifice the army is paying at the battle front and urged them to return the favor by continuing their support.

PM Abiy announced his decision to lead the army from the frontline on the night of November 22. Four days later he appeared on state television from the Afar front announcing that Ethiopian National Defense Forces (ENDF) made territorial gains in the Afar region and that it will capture Burka and Chifra on the same day. AS