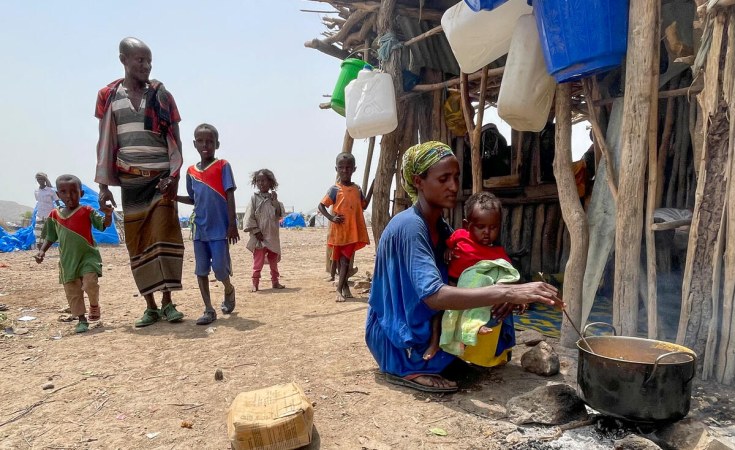 The prime minister's office said the town of Shewa Robit, some 220 kilometers (136 miles) northeast of the capital, along with several other towns and villages in the Amhara region had been recaptured.

Later on, government forces announced they had recaptured the UNESCO World Heritage site Lalibela, home to rock-hewn monolithic churches built in the 13th century. The site fell to Tigrayan fighters in August.

The conflict has escalated in recent weeks, with Tigrayan forces threatening to advance on Addis Ababa, and the government calling on citizens to take up arms against the fighters.

The United States, France, the UK and other countries have urged their citizens to leave the country amid the conflict.

In recent days, state media has broadcast images of a uniformed Abiy, a former lieutenant colonel in the military, in what appeared to be the northeastern region of Afar.

On Sunday, state media claimed the army controlled the lowland Afar town of Chifra, and Abiy said Tuesday such gains would be replicated in the Amhara region, including the strategic city of Dessie, located on the highway to Addis Ababa.

The year-old conflict between the federal authorities in Addis Ababa and regional leaders in the northern Tigray region has killed thousands of civilians, displaced millions and meant 9 million are now dependent on food aid, according to the United Nations.

Last week, Ahmed left the capital to direct fighting from the front.

Residents in the towns the government said it had retaken told Reuters Tigrayan forces had left their towns Tuesday.

Govt Clamps Down On War Coverage