Africa: Carbon Markets Are Booming. Here's How to Ensure They Work 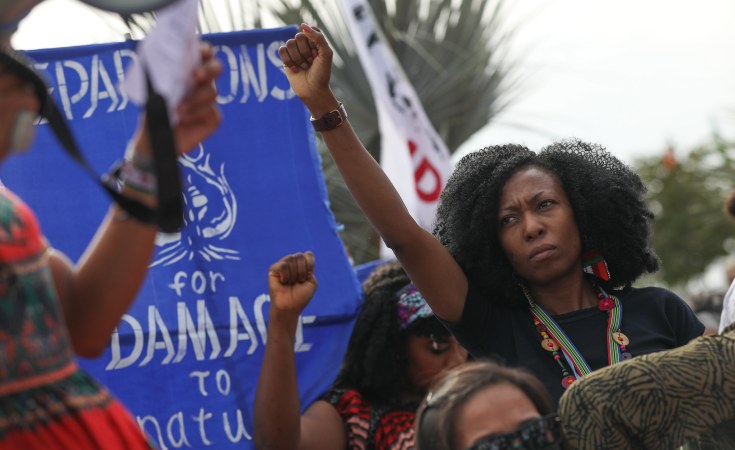 As companies and governments move toward net-zero emissions goals, demand for offsets will soar - but they need integrity to work

With negotiators at Glasgow agreeing to a set of rules for international carbon trading under the Paris Agreement's Article 6, carbon markets have reached a watershed moment.

Carbon prices in Europe are at a record high. Enthusiasts like Mark Carney proclaim emissions trading can unlock hundreds of billions in investment and remove gigatons of CO2 from the atmosphere.

But these are a new kind of market, and typical financial governance will not guarantee they work. Their success or failure depends on the degree to which they have one thing at their core: integrity.

Carbon markets allow a company or country to either trade units that represent permitted emissions or credits generated from projects that reduce or remove greenhouse gas emissions elsewhere, such as direct carbon capture or reforestation.

Unlike most markets, which provide private goods aligned with the interests of transactors, carbon markets exist solely to serve the public goal of mitigating climate change.

To date, carbon markets have failed to take off because they have suffered from a lack of trust. Especially when it comes to project-based credits, journalists expose fraud, NGOs cry greenwashing, and companies and investors are wary.

The money that is now starting to flood in will flood out just as quickly unless governments, private credit buyers, NGOs, and the public perceive that the markets provide high-quality, verifiable emissions reductions - without destroying biodiversity or local communities in the process.

In the coming months, a United Nations-formed supervisory body will hammer out specific regulations for country-to-country carbon markets under the Article 6 agreement. At the same time, the Integrity Council, a 22-member body, will set the rules for voluntary carbon markets, which corporations and other private actors use to offset their emissions.

Both these efforts must put a new understanding of market integrity front and centre.

Most tradable offset projects protect or regenerate ecosystems, which locals often inhabit or depend on for their livelihoods. That means they are best positioned to provide on-the-ground monitoring that can affirm the suitability, quality, and longevity of nature-based projects.

It also means the costs of not engaging them can be high. Just ask mining and oil and gas companies, which suffer work stoppages, property destruction, and reputational damage from failing to harmonise their activities with local communities.

Most corporations would opt not to purchase credits in embattled carbon projects, rather than risk a PR hit or shareholder blowback.

To guarantee that carbon markets align with local and indigenous communities, those groups should be represented in the highest levels of market governance. The usual "grievance procedures" that are par for the course in development projects and are mentioned in the new Glasgow rules rarely overcome the power asymmetries that leave locals vulnerable.

Communities need more. At a minimum, they must have seats on the bodies that govern these markets. The Integrity Council for voluntary carbon markets has reserved three (as yet unfilled) seats for local and indigenous representatives, a step in the right direction.

Second, to have integrity, carbon markets must be radically transparent.

Open information - about projects, transactions, prices, and the parties involved - is essential to mitigate rent-seeking and the risk to investors posed by asymmetrical information. Public disclosure makes shenanigans harder to conceal and empowers outside groups to provide oversight that strengthens the integrity of the market.

New technologies have reduced the cost of transparency, enabling granular oversight that is affordable at scale.

Satellite-based geospatial imaging allows a person sitting at a desktop computer in Chicago to count individual trees in a Sumatra rainforest. A World Bank team has created a blockchain repository able to contain the immutable, auditable trail of every carbon credit from origination to retirement.

Finally, those governing carbon markets must keep their eyes on the big picture.

Carbon markets will only be financially viable if they serve the greater public goal of mitigating climate change. If in practice they are being used to help corporations postpone cuts to their own emissions or are causing long-term harm to biodiversity, then they will suffer a crisis in public confidence.

A long-term, system-wide view is also necessary to prevent dangerous speculation and the emergence of bubbles. As the subprime mortgage crisis demonstrated, without systemic oversight, seemingly disconnected imbalances can trigger the system-wide failure of a complex market, even if the individual pieces are regulated.

These principles of market integrity will guarantee all carbon markets, whether country-to-country or voluntary, fulfill both the private interests of traders and investors and the public interest of emissions reductions. In fact, the two are one and the same.

Carbon markets only work, and will only scale, if they demonstrably move the world toward net-zero and don't facilitate greenwashing. Otherwise, they have no reason to exist.

Ann Florini is a professor at the Thunderbird School of Global Management at Arizona State University and Gordon LaForge is a Finance for Biodiversity (F4B) associate.