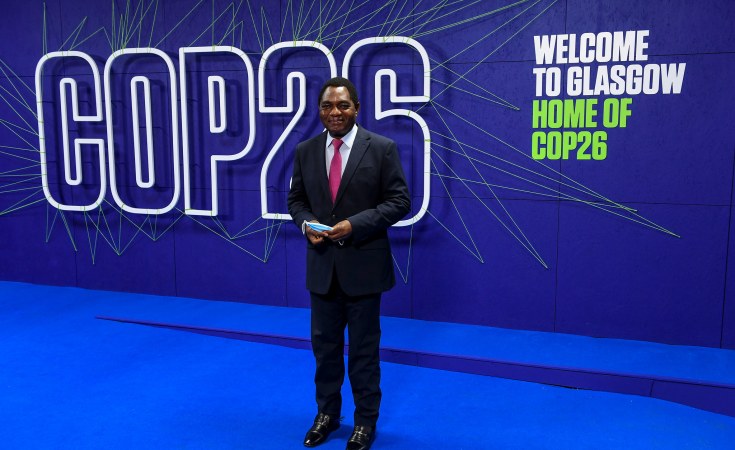 AT long last, Zambia has changed the narrative about having no national airline for more than two decades.

This follows the launch of Zambia Airways since it was liquidated in 1994.

A basic research shows that in Africa, more than 45 countries of the 54 own airlines, or have a majority shareholding or minority shares or designated ones as national airlines or flag carriers.

For Zambia, the situation has now changed because the national airline is back.

Transport and Logistics Minister Frank Tayali is optimistic that the re-introduction of the national airline will help to break the monopoly in the domestic airline business, and also help the majority of Zambians to realise that flying can no longer be a preserve of the elite in society.

Whichever airline had the monopoly of providing services now has suddenly realised that there are other players competing for the same flying public.

And as the local airlines compete, there must be no monopoly which constrains the air fares that for a long time have been perceived to be expensive.

With the introduction of Zambia Airways, the public is given an option as to which operator is effective, affordable, convenient and reliable.

While the cost implication of restoring the national airline is a source of concern, it is equally important to note that many stakeholders have been calling for the return of the national carrier which they feel is a worthwhile undertaking.

Yes, the benefits of owning a flag carrier abound.

Historically, governments world-over establish national airlines to help lessen the high capital costs of establishing and running one by the private entities.

The direct and immediate beneficiary is the tourism sector which in turn boosts foreign exchange earnings, thereby greatly contributing towards the Gross Domestic Product (GDP) growth.

Needless to mention that the growth of the GDP will trigger wealth and job creation in related and other sectors!

In turn this will, surely, help to meet one of the objectives of the current Government - job creation.

As at 2011, the aviation sector boasted of an estimated 1.94 billion workforce worldwide.

That is a huge figure and Zambia needs to account for part of it.

Generally, the re-establishment of the national airline by the Government will further increase trade in the region in terms of imports and exports.

Truly, the move will place the country back on the world map in the aviation sector as Zambia will be easily identified through the colour of its national airline.

It will stir up a sense of pride and patriotism in Zambians who have had to endure watching and listening to advertisements about foreign tourist attractions while aboard foreign airlines right from the Kenneth Kaunda International Airport or indeed other international airports.

As Tourism Minister Rodney Sikumba noted, air services are essential drivers of competitiveness and are crucial for the effective functioning of any economy.

This is yet another benefit that Zambia stands to gain through its national airline.

The Good, the Bad and the Alarming - Hichilema's First 100 Days