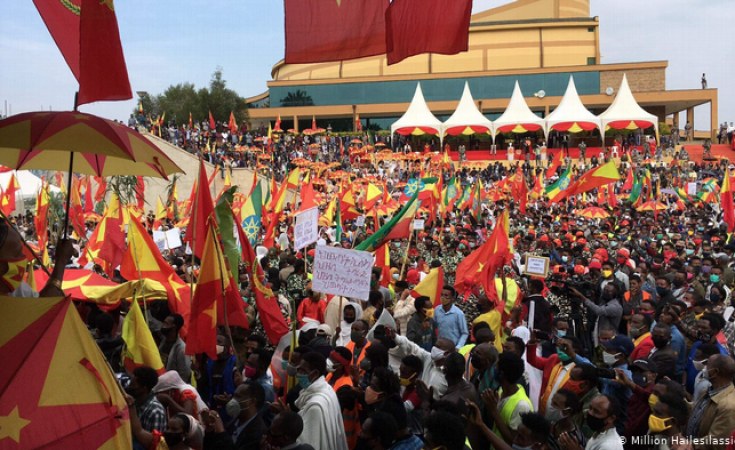 Since inception, the TPLF group has been employing divisive narratives to fuel ethnic and religious strife and to widen the political antagonism among the people of Ethiopia with a view to remaining in power, one of the founding members of the clique said.

Being the dominant party from the minority group, the TPLF has been taking the ethnic card as the instrument to remain in power and it has been masterminding several interethnic conflicts and nurturing suspicion and hatred among the people, Gidey Zeratsion told local media.

Noting the overwhelming support TPLF garnered from the people of Tigray in its early years of struggle, the veteran politician indicated that this support has been waning time to time due to the faction's 27-years oppressive rule. "TPLF is highly authoritarian and abhors multiparty system and it is as corrupt as mafia gangs in robbing the country's immense wealth".

Gidey further stated that thefactionone again has made an attempt to utilize the lives of Tigray's youth to quench its greed for power after being ousted by public resistance in 2018. "After longer preparation, forces loyal to the radical element made a treasonous attack against the Northern Command and the federal government's military response in this regard is justifiable and appropriate."

As to him, TPLF has made an attempt to use the people of Tigray as cannon powder for its endless ambition for power and its belligerence in Amhara and Afar states has caused loss of lives and enormous property damage. "The group installed a pseudo-federalist system in pre-2018 Ethiopia and manipulated the public's perception in glorifying its military might and presented itself as the defendant of ethnic rights that toppled the repressive Derg regime."

The ex-politician emphasized that now there is big change in Ethiopia's politics in accommodating different states in the executive body and also in the decision making process. In the pre-2018 period, TPLF was the sole decision making body under the uncontested leadership of Meles Zenawi. TPLF also paralyzed the bureaucracy by appointing state officials by loyalty and devoid of professional merits and abilities, Gidey remarked.